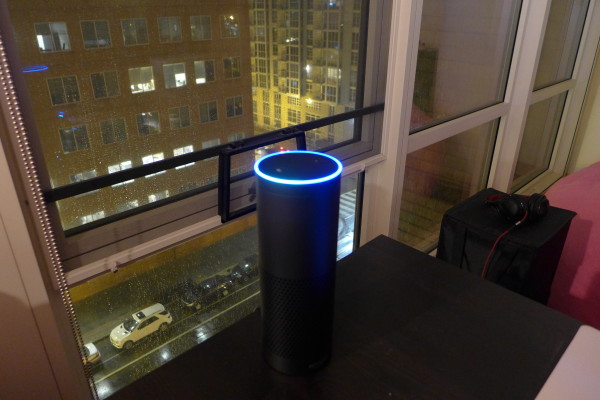 Opening the Echo packaging was simple and efficient, sleek and black, not unlike the packaging for nearly all of the hip hardware products we see today.  There is no room for any of the components to jostle around in they are well-protected.  If you have ever unboxed an iPhone, Zune HD or any equivalent hardware, you have had a similar experience to this one.

Initial setup of Echo was simple, I plugged her in and downloaded the Echo app to my iPad as she (Alexa) took a minute or so to get setup.  The application made it simple to tie her to our Amazon and wireless system, though the app was not without its glitches.  I actually never made it through all the “steps” before Echo managed to complete all the tasks on her own. This was pretty impressive.

Closing the app and restarting it took me straight to the main view of the app and everything was set up.  My wife also wanted to download the app and link to the Echo, which she was able to do while Metroing home from the hair salon.  The Echo app synced her iPhone immediately, and she was able to see I was listening to Washington, DC’s WASH FM and that I had already added items to the Shopping List.

The Echo instructions tell you to set her up away from any walls, but being in a 700 square foot apartment, this is simply not feasible.  Thankfully, Alexa does not seem to be affected by being close to windows, and many other electronics.  There were truly only a few places in the apartment she could go (she’s plugged in, after all), so her ability to work well from any location was imperative. 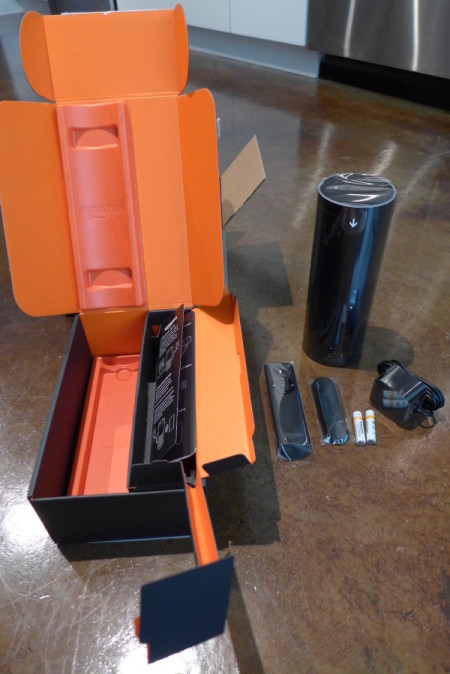 Alexa’s voice recognition improves over time for its users but initially it does flounder a bit if you do not speak clearly.  Speaking softly did not provide her any trouble.  When I tried to add “lentils” to the shopping list, she initially discerned “listen” instead. But on the second try, she picked up the correct word.  She was not hesitant is adding odd items to the list either, such as one test term I picked, “turkey butthole.”

The voice recognition can be easily thrown off by background noise, proven true as the shifting LED rotating about the ring searching for the directional origins of the other sounds.  Alexa had a bit of trouble listening to me when my wife was shutting all of our windows, as well as when we were demonstrating her capabilities to my parents over FaceTime.  Anytime they spoke, Alexa’s LED indicator would become distracted and shift about a bit.

Technical terms are troubling to Alexa.  Trying to add the need to purchase GE CFL 65 Watt replacement R30 bulbs to the shopping list leaves a jumble of words and letters.  Not in any way accurate, but it does get the job done.  I feel Amazon missed an important selling opportunity for a product that should allow you to add items to your Amazon Wish List. Perhaps software updates will change this. 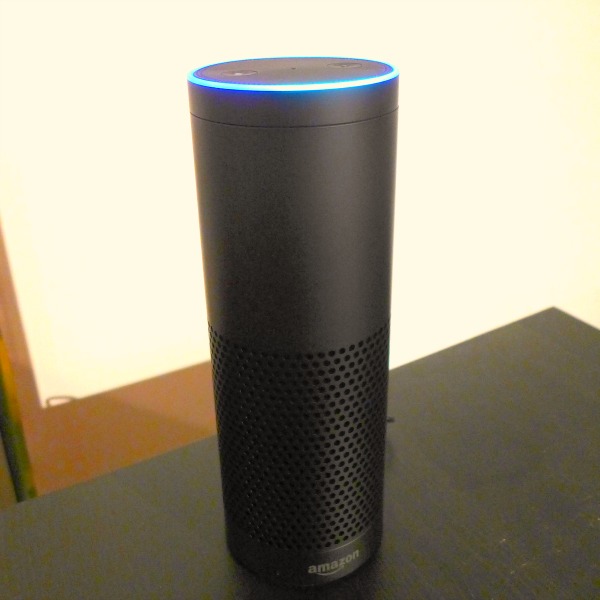 Alexa does not handle other languages well when requesting music.  One of my wife’s favorite groups is Germany’s Wir Sind Helden but Alexa cannot discern the band name using any form of accurate and inaccurate pronunciation.   As an avid Korean pop, or K-pop fan myself, I also ran into trouble when asking Alexa to play songs by, well, just about anyone.  Alexa was able to play the one “English” release by my favorite group, Girls’ Generation, just fine but that is it.  Also, when trying to use their Korean name, phonetically pronounced “sonyeoshidae,” Alexa was at a loss.

Alexa also had trouble locating any music to play from Prime Music or iHeartRadio for many Japanese and Korean groups, including the recently worldwide chart topping BABYMETAL.  With physical sales of Japanese music being dominate, this may leave many J-Metal and J-Pop fans saddened.  My attempts to get my favorite J-Metal supergroup, Doll$Boxx, to play on the Echo was also unsuccessful.

There’s no worries on volume with the Echo. You can hit the mute button at the top of Echo’s tower, turn the top portion of her tower left or right to increase or decrease the volume, utilize the remote, or simply use the speaking commands.  Thus far, the speaking commands and physically rotating the upper apparatus has been the most useful functions. 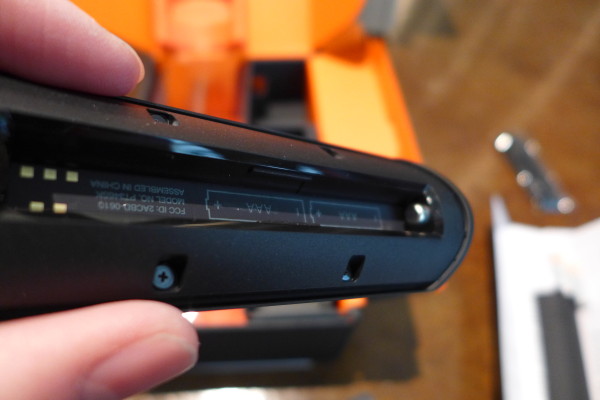 I read that the Echo’s sound features weren’t amazing prior to this review.  I feel these are quite unfounded.  The treble is vibrant and the bass perfect for a small Washington, DC apartment.  The sound from the Echo carries significantly better than my Dell computer speakers and my Philips soundbar.  The Echo is strangely easy to hear throughout the apartment.  The volume range is also much greater than I anticipated. At one point I asked Alexa to play “All is Hell that Ends Well” by Two Steps from Hell and at Volume 9.  My wife has since informed me that “Volume 5 is quite loud enough, thank you very much.”

If you are one of the unfortunate people, like myself, that bought into the enormous bloatware that is iTunes, you may find yourself disappointed in the amount of music readily available on the Echo.  This is where Prime Music steps in to fill in the gaps.  If you are finicky about your music, and need every song you have ever heard at your fingertips, you will be sorely disappointed.  Between iHeartRadio, Prime Music and my own Amazon collection, I personally will not be tired out by what is available.  Prime Music loves to bill itself has having “over a million songs” and there are many fantastic playlists available as well.  Sitting here writing this blog, I am listening to the Bollywood Lounge Groves playlist.  Alexa’s recognition of adding a playlist on Prime Music’s website was impressive, being almost instantaneous.

Confusion between your Amazon music library, Prime Music and iHeartRadio is an issue I am still working through.  Granted, it has only been twenty-four hours, but it is still not quite clear to me how to get Alexa to play from the service I prefer.  When asked to play “holiday music,” it would be superbly better that Alexa default to a playlist on Prime Music, but instead she shuffled the one Christmas album we had in our music library.  You have to be a bit more specific with her in situations like this.  Unfortunately, the best way to find a good playlist is to go on the Prime Music site itself.

So far, Alexa’s dictation of the weather has been fluid, pleasing to the ears and efficient.  While you may ask her something as simple as “what is the temperature.”  You can also ask Alexa something like, “What will the weather be like in Reykjavik on Christmas Day?” She will promptly provide the daytime and nighttime weather forecast in detail with only a moment of hesitation.

The remote feels solid, works solid, looks sleek and is just what it is supposed to be, a remote.  I’m honestly not sure why a remote was really necessary, as I have not used it except to test that it worked.

Alexa has this thing where, if she does not know what you are asking about, she will tell you: “I do not know what you are talking about, a Bing search link has been added to your Echo application.”  Okay, first off, I am not going to use Bing as a search if my life depended on it.  Second, this ridiculously lengthy response takes more time to interrupt than reach a solution.

Alexa’s jokes are lame at best, but can pull a slight chuckle at times.  For a better laugh, Alexa’s excruciatingly detailed definition of “coitus” is exceptional and left my dad in stitches. Video below.

At $99 for an Amazon Prime member, I believe this to be a simple “yes” decision.  If you are attached to your brand new iPhone 6 like a chain wallet and love Siri more than your actual wife, it may be quite superfluous. As someone separated a bit from the Apple and smartphone world, the Amazon Echo is a welcome addition to my home.  Many reviewers are stating the Amazon Echo is an unnecessary product in a bloated market, but this is the whole point of capitalism.  This product fits the needs that I wish to have fulfilled, while avoiding all the ones I wish to abstain from.