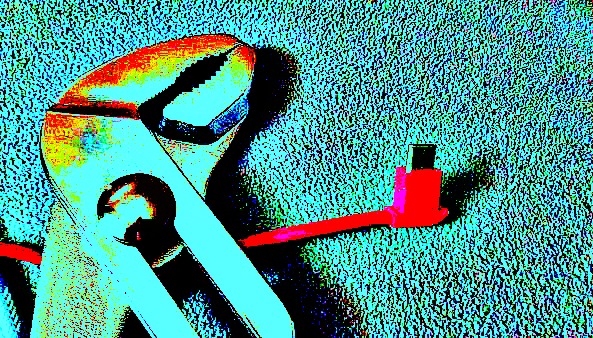 If you’re an Android user, you’ve likely experienced an issue charging your phone battery via micro USB cord at some point. The issue results from hastily plugging it in over the years, causing the innards of your phone’s (inherently defected) micro USB port to become bent and damaged, breaking consistent conductivity when plugged in.

When your phone won’t charge, what’s the resolution? Obviously, the lazy solution is to simply push down on a charging cord, while oh-so-delicately positioning the phone in a way that keeps a connection. But this method is always a bit of a riddle, much like voiding a weighted booby-trap in an Indiana Jones film. Maddening to say the least…

Thankfully, in an attempt to solve this dastardly problem on my own phone, I’ve discovered the simplest solution yet to remedy a phone that won’t charge. And it literally takes five seconds.

Avi Mendleson explains in the video above how to solve this issue for any micro USB device (No word if this effectively works on USB-C, but it’s worth a shot. Fortunately, all you need is a set of pliers. A simple hard press on any male micro USB end will flatten it out and help these plugs make solid connections with your devices again.

Note: We can’t take responsibility for any electrical issues or damage to your cords caused by this attempted fix.

I tried this on several of my own cords, putting my 2013 Moto X back in action. I haven’t been this self-satisfied with a YouTube-fix since I remedied my leaking toilet tank. Of course, if this doesn’t solve your troubles, the third option is cleaning the port with a q-tip or buying new cords altogether. Then again, when a phone no longer charges, perhaps you just need a new phone.

Also, when you find out this doesn’t work 100% of the time, A great deal on new micro USB cords can be found on Amazon in various lengths.

For another quick tech tip, check out our DIY dish soap remedy.