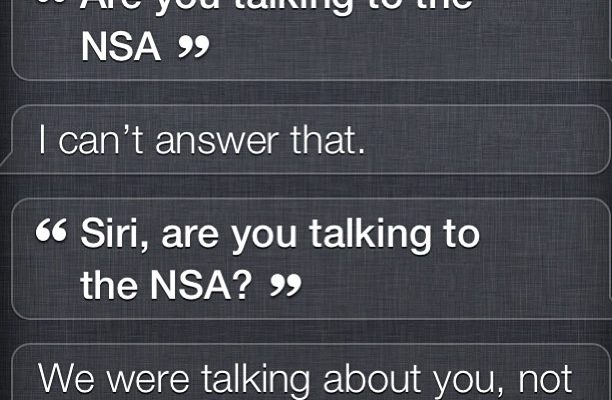 PRISM has hit headlines like a Midwest derecho, and you should be worried, too, because the NSA has your sexts. And Siri is their spy.

Okay, we don’t know for sure if they have your sexts, but if the United States government decided they needed them for whatever reason, they’d LEGALLY get their hands on them no problem, despite the first and fourth amendments (for now).

We’re talking those amazingly risque pictures of your ex. Dirty details on your latest shaving project. That thing you did at 3 am, at the bar in Cancun, with your coworkers, that was never supposed to see the light of day, yet was candidly shot on your new Windows Phone. All of that could be in the hands of NSA and the CIA once they tell Verizon, Google, or Microsoft (who signed up in 2007), that they have a reason to investigate you, let alone some other fishy character you’re acquainted with.

So what can you do? Delete your Gmail? Buy a burn phone? Move to the Antarctic? Here’s five ways to scrub your secrets from the United States government:

1. Encrypt files, clean out your MicroSD

You have thousands of photos right there on your smartphone’s microSD card (if your model has one). You don’t need to buy a burn phone to clear your cache and take out your card.  Keep your photos in a safe place. Better yet, take the data, encrypt it with TrueCrypt, and stash it on a hard drive. It’s opensource, free software you can use to encrypt files on your drive. You could also simply delete the files altogether (which could still be recovered), but what kind of paranoid fun is that?

Despite the potential court-ordered FTP hand-off of your data to the government, Google’s great because it already provides numerous ways to stay off the radar. Incognito Mode in Google Chrome is even present on your smartphones and tablets, clearing your history, cookies, and cache immediately after exiting the browser. Google Talk can also be put “off the record” so it doesn’t get stored in email logs. Try clearing out your old chat histories in your current log as well. Just search a user name and “chat” and you’ll find years of pathetic breakup conversations to trash. Also, keep in mind your Google Drive may be privy to PRISM data, so keep all of your files squeaky clean and refer back to “1.” for encryption. In addition,  CyanogenMod offers the ability to rooted Android smartphones to work in Incognito Mode. 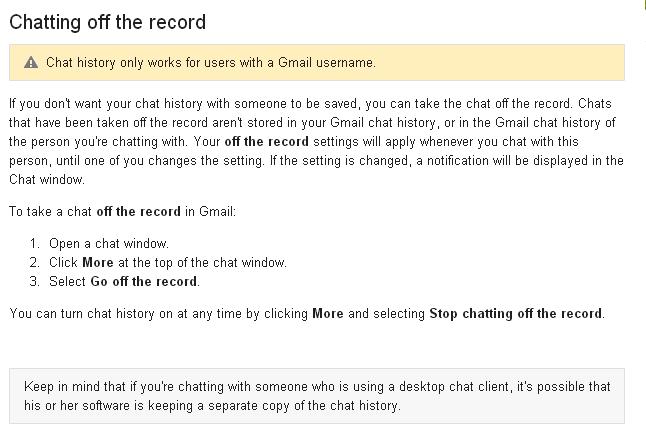 3. Go off the beaten path

Right now there are entire websites dedicated thwarting PRISM data-mining requests. Many of the suggestions on Prism-break include switching to decentralized, encrypted email services, browsers, and even currencies. Instead of Google Drive or iCloud, you could try setting up your own cloud server via ownCloud. Just sync your data to a free ownCloud account of the open source software (you’ll need an actual hard drive or server), and voilà! Independent, untouchable data in under five minutes…from PRISM. Because, obviously, nobody’s data is immune to normal run of the mill FBI investigations with actual probable cause.

If you’re not already sending ridiculous or scandalous photos from work or the bathroom to your roommates and SOs via Snap Chat, here’s your chance to try the refined, video-only version. Meet Clip Chat. Founders claim it’s more encrypted and secure than Snap Chat, and also has more privacy controls built-in. This means you can block users, unlike the more mainstream app (this changed since posting).  And the best part, of course, is that the videos self-destruct from the universe after being viewed. Just don’t let our word abominate your political career for you. Hackers don’t slack. Of course, if you don’t have an iPhone, you’re currently SOL on this app.

Look, if you’re really that paranoid, you could always argue that the Internet isn’t for you. Buy that van and move down down by the river. Or, like, cut out your mysterious life of crime for that matter. You already have a public Tumblr, Reddit account, several dating profiles, five email addresses, and that emo Xanga blog you started in high school, so why not just turn and burn your Internet footprint altogether? Unfortunately, all we can say is good luck, because every webpage ever created is already downloaded in a mountain somewhere and PRISM has FTP access.