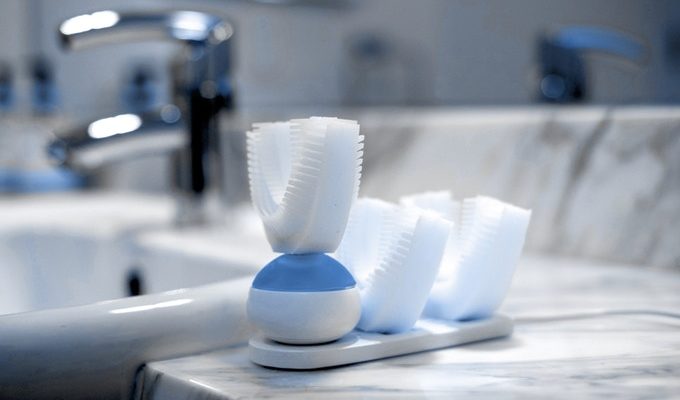 Your electric toothbrush is a lifesaver, but it’s still a bit of a chore to endure 2-3 minutes of brushing time, especially at night. Thankfully, there’s a new invention that could potentially solve this minor inconvenience by 2018. It’s called Amabrush, and it’s one of the hottest Kickstarter projects around this summer.

At press time, the project had raised almost €1 million, surpassing its goal of €50,000 with 24 days left in the campaign.

According to the creators of Amabrush, most people don’t brush properly. They brush too hard, not long enough, or don’t even brush at the correct 45 degree angle recommended by most dental associations.

With that in mind, how can a hands-free toothbrush improve upon this? Well, ironically, Amabrush doesn’t aim to. They just hope to do a better job than lazy humans do manually.

“Amabrush is not meant to be better than your regular toothbrush. Wait, what? That’s true! Regular toothbrushes (manual and electric) are tools. And tools are only as good as the person using it! The key thing is that most of us use them wrong, or even worse, are not using them at all.” –Amabrush’s Kickstarter Page

While its appearance is most definitely entertaining, the idea of biting down on a mouth piece for ten seconds sounds much better than cleaning toothpaste gunk off the cap twice a day while trying to wield a vibrating handle.

The mouthpiece comes with flexible bristles featuring “built-in micro-channels” directed at a 45-degree angle. The hand piece has a long-lasting battery (two weeks) used to power vibrating electronics that move the bristles, and it includes Qi wireless charging and a micropump for dispensing toothpaste. Finally, there is an FDA-approved toothpaste capsule that lasts a month, which you’ll have to refill or replace via Amabrush. Because really, why make a toiletry tool without a continued product revenue stream?

According to Amabrush, they analyzed 2,000 different jaws of men and women to make a mouthpiece that fit almost every jaw well. Replacements are still necessary every 3-6 months, but Amabrush says the replacements will only be €6/$6.88. 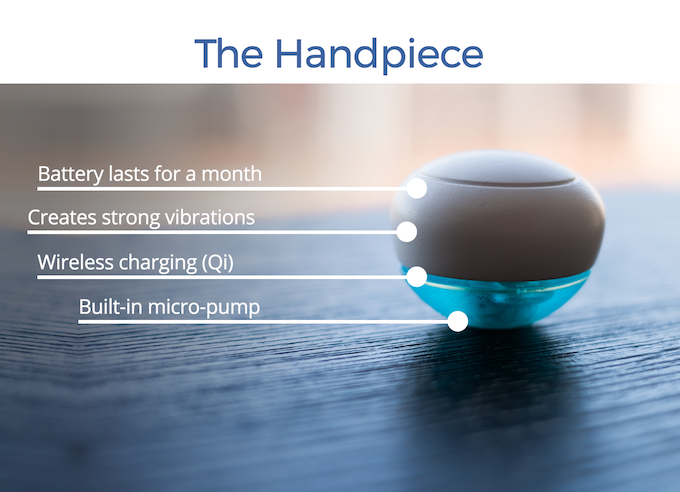 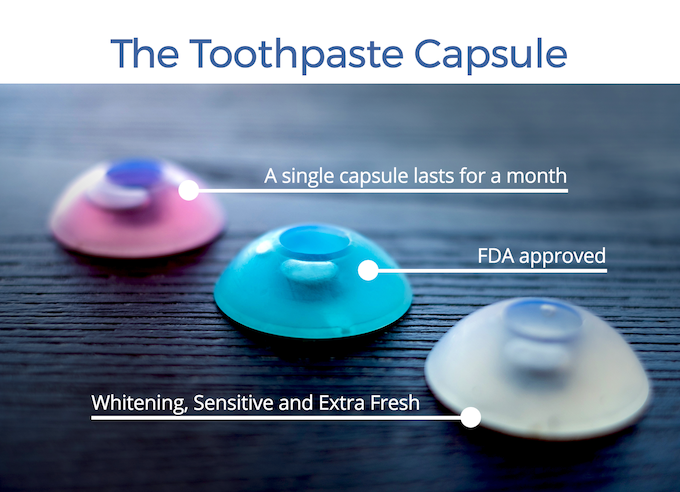 To use the device, you just pick up the mouthpiece off the included wireless charger, tap the hand piece (the toothpaste capsule is attached), put the device in your mouth for 10 seconds, and this device will brush (in theory) as satisfactorily as your 30-second rush out the door brush-job.

Personally, I find this to be a brilliant idea, and I want one, say, ten years ago. And while the product is advertising heavily for Europeans, Amabrush’s products are produced in Austria, Germany and USA, so getting your hands on one (once produced) shouldn’t be difficult, no matter your location. At press time, most of the pledge rewards were sold out, but for €79/$90.56 backers could still reserve one entire Amabrush kit.

Thoughts of your own on this bathroom gadget? Let us know in the comments.