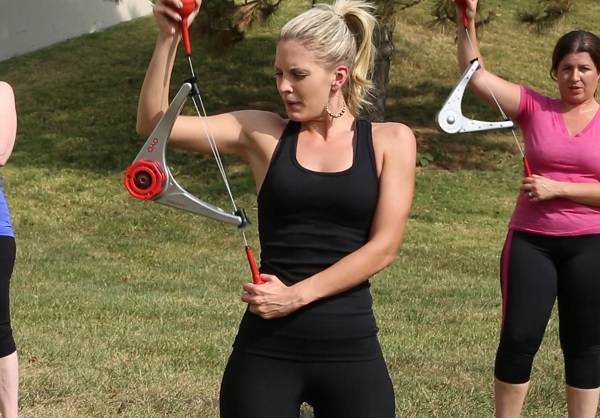 Working out while traveling or without gym facilities nearby can be a struggle for those looking to exercise without taking up space in their home or going out of their way. Thankfully, in 2017, there’s a Kickstarter for that first world problem.

The DoubleFlex Black, invented by Paul Francis and created by Oyo Fitness, intends to replace flimsy bungee cords and those room-filling total body gyms with a tension-based exercise machine you can take anywhere. Using “Spiraflex” tension technology, the DoubleFlex Black is an exercise tool that uses resistance via steel cables, which allows more fluid movement than rubber bands. In fact, the same technology is used on the International Space Station to keep astronauts fit. 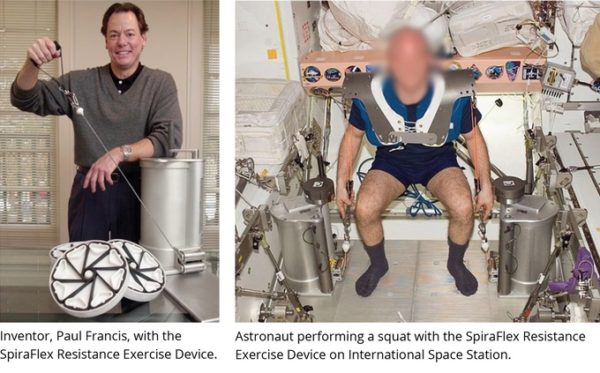 The actual device looks a bit like a compound bow used for archery. There’s two ball handles at the ends connected by tension cords. A joint in the middle of the device has a round dial for designating tension (this is the SpiraFlex), and you can pull the balls out or push them towards each other for different resistance exercises. The coolest part? The entire thing weigh less than two pounds. Of course, there is some limitation. The DoubleFlex Black only increases to 25 lbs of tension, which changes in 5 lb increments. Nevertheless, according to the creators, it feels like more weight without the physical momentum of using free weights. You can see it demonstrated in the video below.

The remaining question is, how likely are consumers to smack themselves in the face using this device? We all know Harry Reid isn’t the only one getting hit in the eye using exercise bands. The DoubleFlex Black has smashed its funding ask of $30,000 with $229,243 pledged (at press time) with nine days left for backing. Currently a $124 bid will get one device shipped to your home by the estimated June 2017 date.

What do you think? Would you benefit from a home body workout tool like this? let us know in the comments.