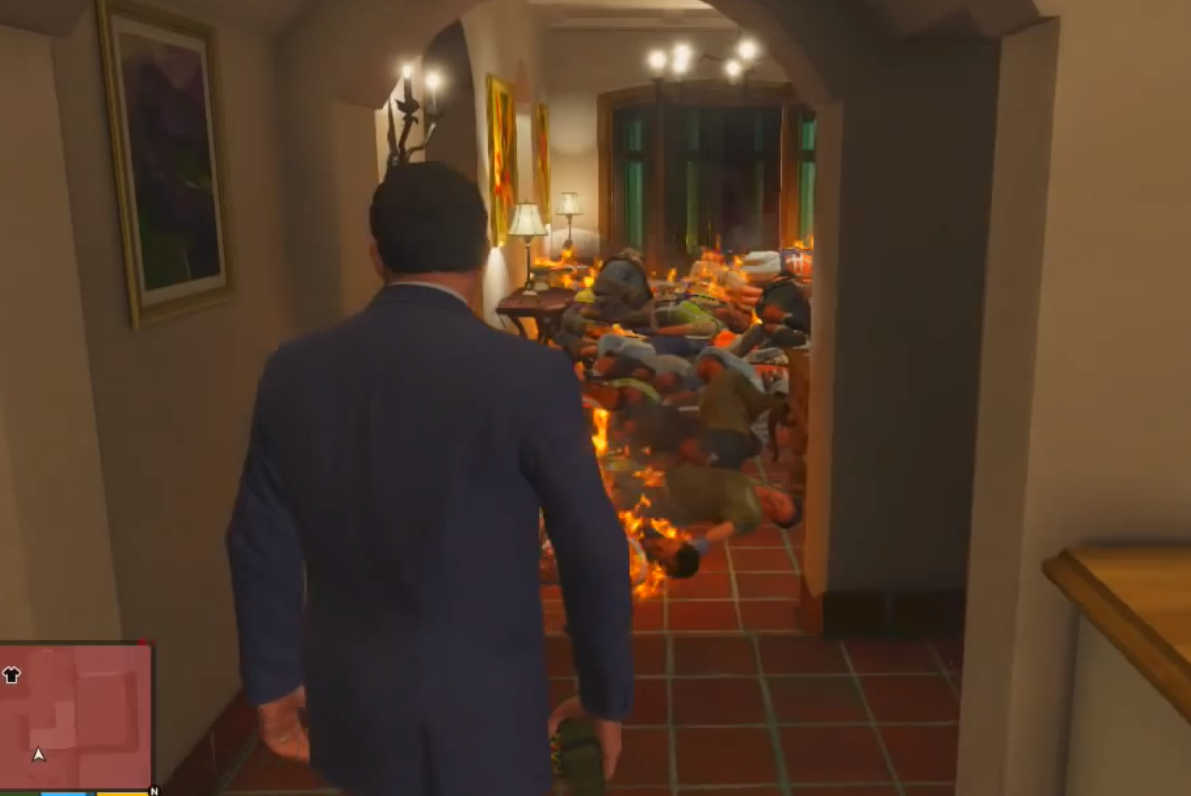 Video games are fun, but sometimes the best Easter eggs are developer screw-ups. Yes, the glitches.  You know you’ve all seen the gifs of FIFA players dry humping each other circulating Reddit. So why not list the best and worst of video game graphic fails? Some laughter in the office will do you some good anyway.  So here it is, a list of the top video game glitches for you to cringe or cry yourselves laughing over. It might be time to start rethinking those release dates, game developers.

There’s nothing quite like an Easter egg in a videogame where characters start running into things. This well-known Twitch user, Jerma, found one in Layers of Fear that makes him melt down for a solid six minutes. It’s best you stretch your cheek muscles before viewing.

Out of popular demand, we added the following to our list. Heavy Rain had a game glitch where a character would scream “SHAUN” over and over during a cut scene, and even throughout later gameplay. The user-shot video isn’t the best quality but the laughs are incredible. Be sure to look over your shoulder before you start shedding tears of pure senseless joy.

What would a game glitch video list be without the brand new GTA 5? The best we’ve seen so far is the frightening cloning glitch below. The music is ominous and the climax is absolutely hilarious. The VanossGaming narrator is pretty VULGAR and annoying for most of this video, but he does have his moments. And really, what do you expect when playing GTA? Not ponies and rainbows, I suppose. We’d tell you more, but we’d rather not spoil it. Feast your eyes on the madness.

Assassin’s Creed IV is full of pirates, acrobatics, and other joyous hi-jinks, but the finest we’ve found was this glitch titled the “Ascension of the Jackdaw.” If you think Moses, Christian proverbs, and general miracles, you might be able to guess the hilarity that ensues in this video. Hang on to the end. It’s only a minute long.

Skate 3 is the most notoriously glitchy skateboarding game in recent history. For a game attempting to depict the most realistic physics of skateboarding, they really fell short. Just check out this phenomenal 8 minutes of gut-busting awfulness. If you’re pressed for time, start at around 2:30. It’s a good one.

Far Cry 3, well known for its great first person driving scenarios (even looking backwards in reverse), has lot of hilarious Easter eggs like throwing vegetation at people and animals and driving off cliffs and deep into the ocean. The video below compiles the best and worst of the game into five minutes of pure ridiculousness. The narration is slightly absurd and annoying, but it’s worth the ride. Start the laughter at 1:26.

The FIFA game franchise is an all-time favorite for sports gamers, but their awkward collisions are some of the best parts.  Watch as clumsy AI and graphic rendering problems bring you three minutes of kicked heads,  soccer romance, and just hilarious displays of glitch. Start at about :35.

Amazing graphics and scenery aside, medieval roleplaying is nothing without screwing around with mods, glitchy AI, and general silliness in Skyrim. Check out the two minutes of ridiculousness below.

In response to a fan video, Tiger Woods himself proved that his “Jesus Shot” was, in fact, not a glitch. Let us know what you think.

Released in March 2013 , Star Trek came out with sparks and glitches flying. Most of them seem to involve Spock, but apparently GIANT characters, seeing through people, and teleporting are fairly common occurrences. Get the cheeky Euro rundown below.