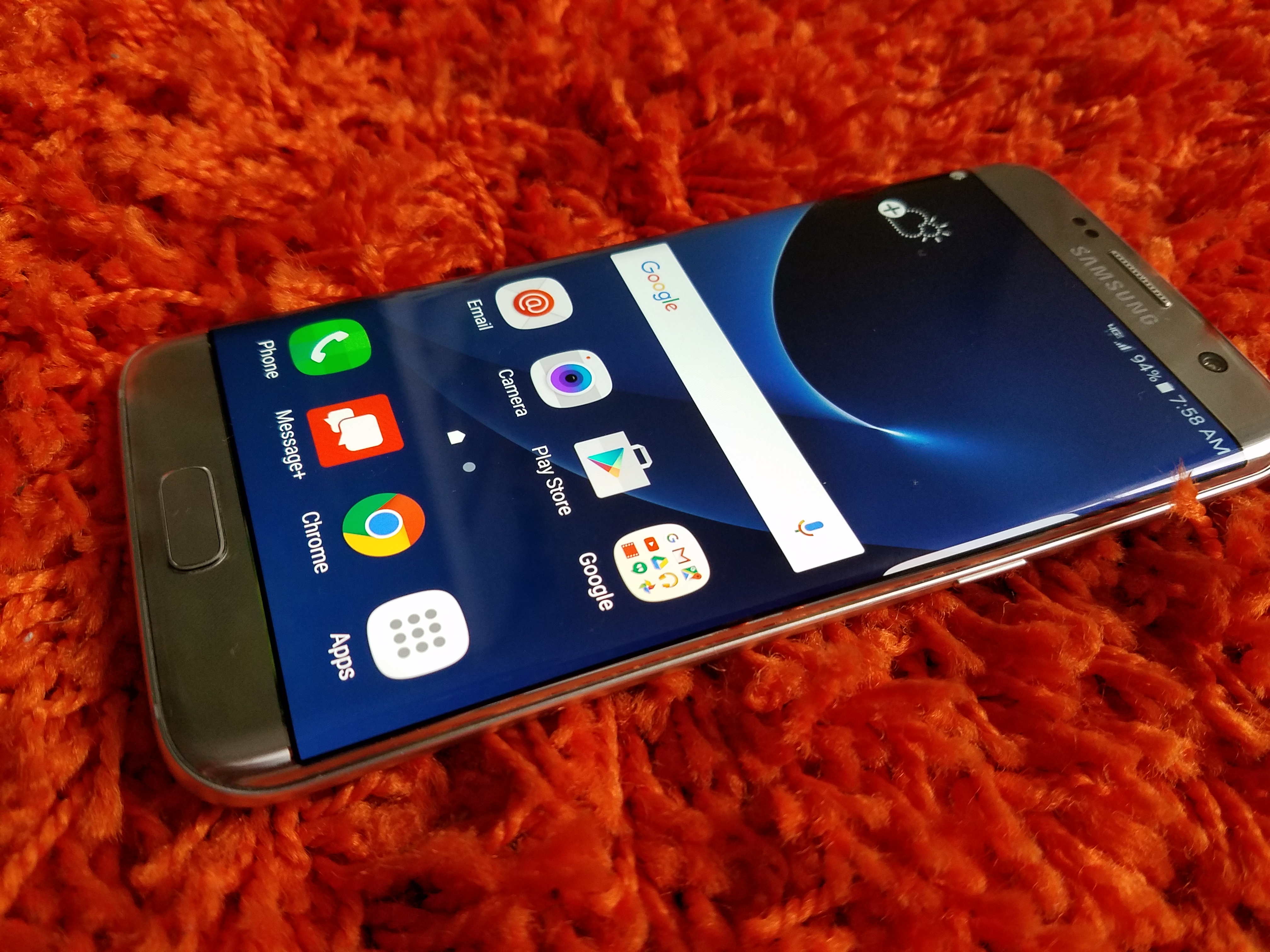 Samsung’s smartphone devices have come a long way since the first Samsung Galaxy. After nearly a decade of iterations and research and development, the Galaxy lineup has impressed millions of people across the globe with unique functionality, attractive design, and impressively sophisticated hardware. Yet surprisingly, it’s Samsung’s newest model variant, the Galaxy Edge (Note/S6/S7 models), that has come out on top the past few years. The phone named for its arbitrarily curved display and arguably redundant features has become an icon of an Android handset. And it has improved tremendously in its third year. So after three weeks with the device, we feel the Galaxy S7 Edge is possibly the best smartphone ever made. Don’t believe it? Read on below for the full review of the Samsung Galaxy S7 Edge on Verizon Wireless. 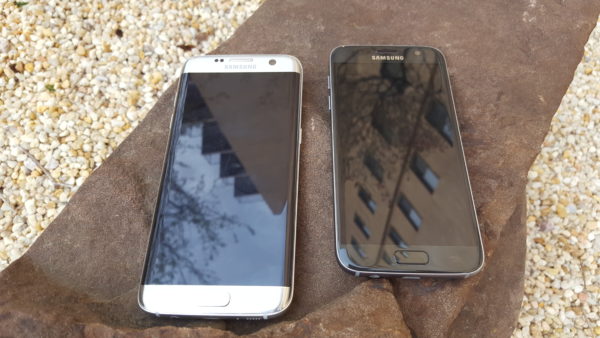 The Samsung Galaxy Note Edge was the first of its kind in 2014. The smartphone with a glass pane wrapped around its bezel, ever so slightly, was a brand new idea. While gimmicky at first look, it had more use than comparable models that tried curved displays, like the LG’s G Flex (1 and 2). While Samsung’s attempt mostly served to make the device more beautiful, it also improved functionality with side swipe menus and a blinking notification from its edges.

However, there was not much differentiation between the first Edge devices and regular Note/Galaxy models. Display sizes were generally mimicked, physical design was rather sharp and painful to hold, and it lacked noticeable hardware variance. 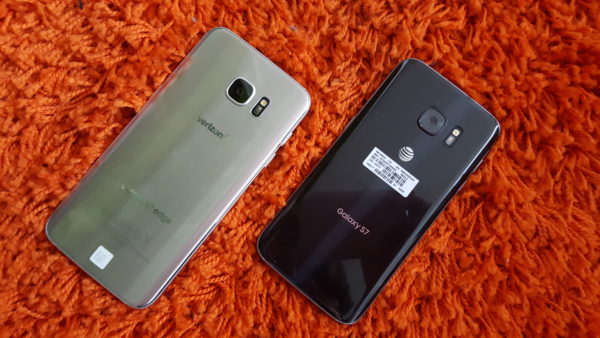 Fortunately, the 2016 S7 Edge has come into its own. Unlike the 5.1” S7, this phone is  5.5”. Its larger Super AMOLED is gorgeous, outperforming the S6 model in brightness and what I’d call its eye-pop experience. It is also remarkably slim for its size, keeping that lovely curvaceous shape which differentiated the first Edge models. Also, the notable camera bump from the S6 series has dwindled tremendously, allowing a much stabler, flatter table-use experience.

Both sides of the device are covered in durable Gorilla Glass 4, which means that beautiful reflection from our silver review unit was that of a knife (also comes in black or gold), blinding passerby with a sheen like that of high-end jewelry. Basic features such as its bottom headphone jack, speaker, minimalist antenna bands, left side volume rocker, right side power button, and home button, have not changed one iota from other Galaxy models. However, there is a bonus on the top–a hidden microSD slot which bumps any unit up to, incredibly, 200GB of external storage. 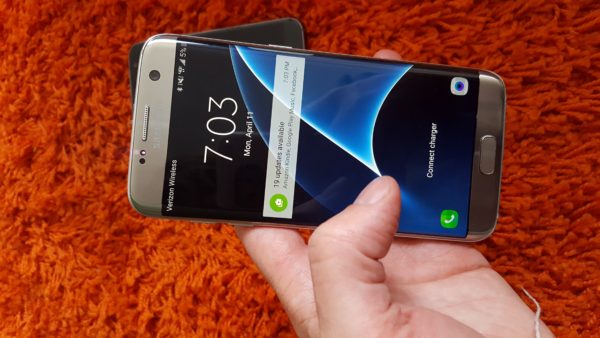 The S7 Edge packs some impressive hardware this spring. Clearly the most notable feature is now the .4” larger 5.5” Super AMOLED display. With 2,560 x 1,440 pixels and a very hefty pixel density of 534 PPI, colors pop off the screen, viewing angles are perfect, and its brightness lives up to the hype of any of Samsung’s recent flagship phones. The battery has also amped up from a smaller stature to 3,600 mAh, much larger than the Samsung Galaxy S7’s 3,000 mAh battery.

The processor is a blazing Qualcomm Snapdragon 820 (or Samsung’s Octa-core Exynos 8890, internationally) and comes with 4GB of RAM. With those specs, slowing this device down is almost fairly impossible. The phone comes with 32GB of internal storage and a microSD slot capable of handling a 200GB card for external storage. This lovely addition seems to appease fans insulted by Samsung’s removal of external storage and a replaceable battery in last year’s flagships. And finally, Samsung’s rear camera is a 12 megapixel f/1.7 shooter (yes, fewer megapixels but a more focused sensor) and the front-facing camera is 5 megapixels with f/1.7. The S7 Edge has kept its heart rate monitor on back and fingerprint reader on the home button. Oh, and did we mention it is IP68 certified for water resistance? If not, we recommend Googling “Lil Wayne ad” (he pours champagne on it) or watching our video below proving Verizon you can film underwater.

We took this device on a major vacation to California, because we couldn’t think of anything that screamed Samsung Galaxy S7 Edge review louder than spring break. And we found it was the most dependable, fast, vibrant, longevity-full, technologically-inclined pal to have with us on the trip.

I used it to take videos of sea lions in San Francisco, navigate down the winding roads to Santa Barbara, and capture stills of ocean, mountains, and cliffs, along with the occasional selfie with friends. The battery wouldn’t quit, phone calls never failed (when there was service), and holding this thing felt a lot more satisfying than my Samsung Galaxy S6.

There’s something to be said how they engineered the shape of the S7 Edge. While last year’s model felt more like a slim and sharp object in your hand, the S7 Edge feels elegant, yet sturdy. The shimmering silver model also makes you feel like you’re wielding the ultimate bling in public. I caught the eye of so many passerby with this thing, I wondered if it was almost too shiny. 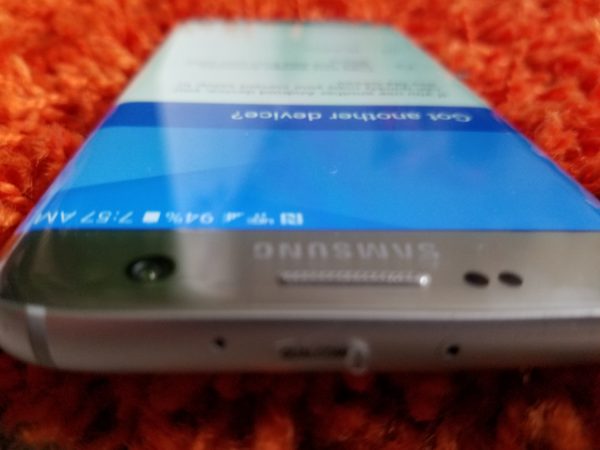 Aesthetics and comfort aside, the software improvements on Android 6.0 Marshmallow are noticed, in addition to Samsung’s Touchwiz UI improvements. I very much appreciated the new ability to have the time and calendar shown on the display at all times. Much like Motorola’s Moto X, an active display feature is something Samsung has been missing since its beginning.

In addition, the Edge’s ability to open menus from a bezel swipe, right on the “edge” of the curved display, felt incredibly useful compared to browsing the home screens. One swipe gets you frequent apps, another gets you to frequent contacts, the next brings up Yahoo new headlines, and another will even enact specific tasks (like take a selfie or make a phone call). There is still a bit of innovation left to make this totally useful or necessary, but it’s not something that felt cluttered either. 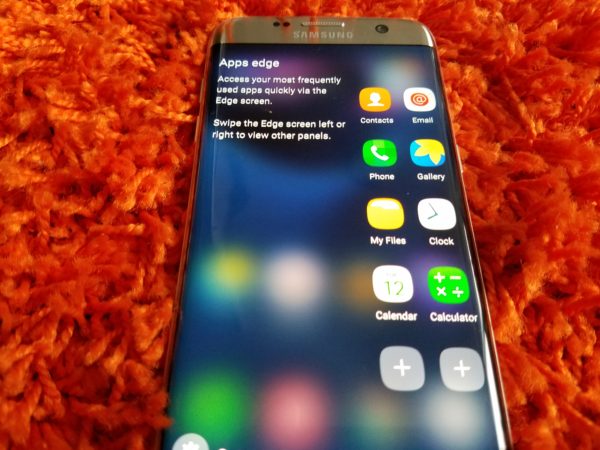 Samsung’s updated TouchWiz software skin is still very heavy on the S7, but everything moves quickly and efficiently, nevertheless. The two/three finger swipe down will bring you all of the quick settings, the app drawer is sensible, and settings are simple enough for anyone to navigate. Power saving mode and ultra power saving mode are still around should you ever need it, but you most likely won’t.

The Edge’s 3600 mAh battery is one that left us astounded compared to previous Samsung devices. Like the Note 5, 48 hours is not unheard longevity with this battery. In fact, even while taking copious photographs, video, navigating down California’s Big Sur coast, 20-24 hours was easily achieved. And thanks to the additional upgrades of Android 6.01 Marshmallow, doze mode will keep this on improved standby after half an hour of inactivity. Even with the display constantly showing the time and calendar, we never worried about the battery dying on us in a pinch. And with the staple fast charging, even a good 15-20 minutes will give you a few more hours of time. 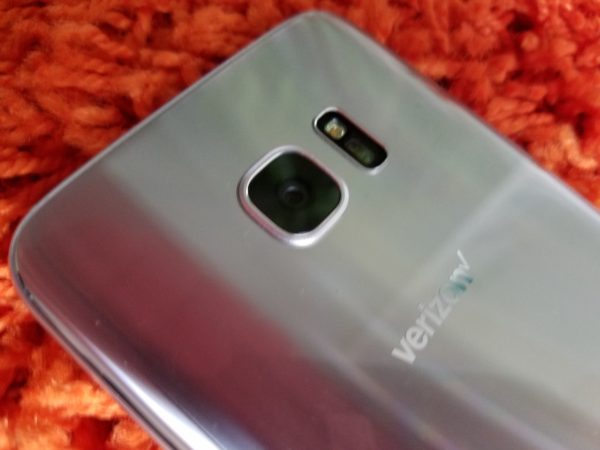 I’d stake a claim that there is currently NO better well-rounded rear smartphone camera in existence, and that’s including all of Apple’s products. The sensor in this model has improved tremendously since last year’s S6 camera, and we already thought that was the limit. And I say this despite Samsung cutting the megapixel count down to 12 from 16. The lens has wider aperture of f/1.7 and an addition of a Dual Pixel feature that that has improved auto-focusing to a degree that shuts down any Samsung or Apple camera before it. Not once did I have trouble focusing on an object in a shot, near or far.

This phone took perfect photographs every time in almost any lighting. Low-light photos had the littlest noise I’ve seen with smartphone, and I’ve never had a better time taking photos on a trip. Thanks to the double tap feature of the home button, you can hang this over your head out the car window and snap blindly (volume rocker) and still get a beautiful shot in an instant. Not convinced? Just check out the photos in our slideshow from Big Sur, Santa Barbara, and San Francisco. Some of these were actually shot from a moving convertible. Close-ups of wildlife were also to die for.

Perhaps my favorite thing about the camera is the software. While it hasn’t changed much since the S6, there is now the ability to shoot in 4k, slow motion, and hyperlapse (timelapse). You can also view quick little videos with every shot (just like the iPhone 6s) while browsing your gallery. And even cooler, within this feature you can capture stills from any of those video captured. Overall, Samsung has created one hell of a pleasurable camera experience on the S7 Edge.

Lastly, the 5 megapixel selfie shooter has improved its sensor, and I felt my friends and I were about 10% more attractive than last year in these photographs. Samsung software and post-processing also has a hand in this, of course. 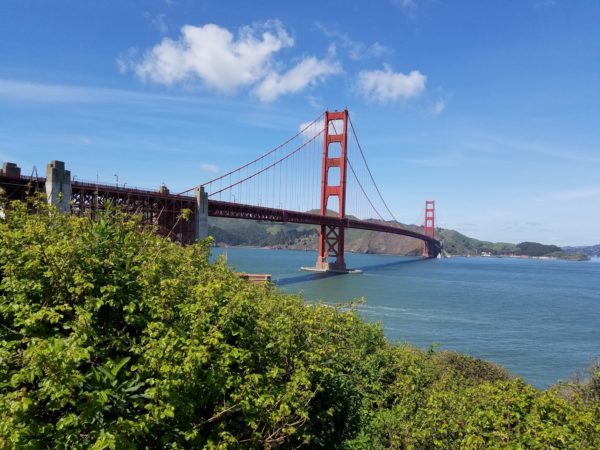 The Samsung Galaxy S7 Edge is likely the best phone we’ve reviewed since this blog was founded. There’s just something special about this device we haven’t experienced before. The way smartphone hardware and software has evolved since the first iPhone in 2007 is astounding, and this specific model is a pinnacle example of how far society has come with personal, consumer electronics. This is the most friendly, beautiful, and powerful device I’ve kept on my person, and I can’t say enough how enjoyable this was to use. Everything is simply effortless on this phone.

Lag, glitchy, frustration, bulky, and annoyance? None of these words can be found in this review, and that’s a testament to how wonderful it is using the Samsung Galaxy S7 Edge. Whether you’re a Facebook and texter, gamer, amateur photographer, travel junkie, or someone who just wants to carry around an expensive pretty object, this phone will meet your needs, no matter who you are. You can pick up a Samsung Galaxy S7 Edge at Verizon Wireless for $792 retail or $33/mo for 24 months. As always, we recommend shopping around and waiting for holiday and seasonal discounts.