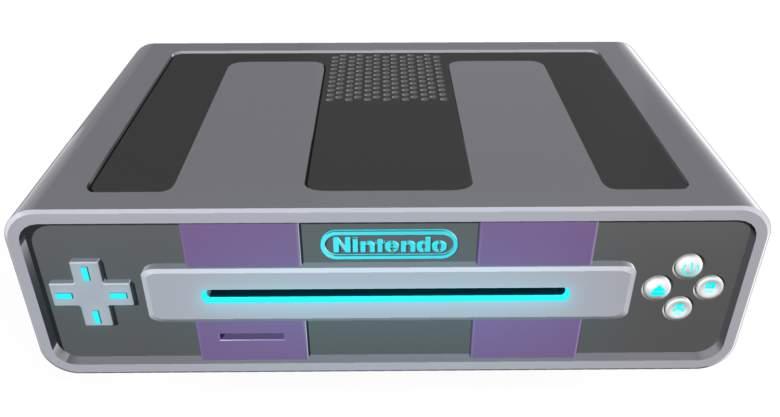 By now you’ve likely heard the rumors (which have been repeatedly denied) that Nintendo would be throwing in the towel on the Wii U this year. Whether those rumors are true or not, many agree that it would be the smart move, as Nintendo has been getting thoroughly walloped in the current console wars.

Since launching in 2012, the Wii U has only sold an abysmal 12.6 million units. While there was an increase in the rate of sales starting in the final quarter of 2015, it’s a painfully low number when compared to the Playstation 4, which has moved more than 35 million consoles to date (despite launching a year after the Wii U). Even the lackluster XBOX One, which Microsoft has been notoriously coy about releasing straightforward sales numbers for, is estimated to have sold close to 19 million units. The figure becomes even more painful when you consider that the original Wii was a big winner during the last generation of consoles. Racking up more than 101 million units sold, it was widely considered to most innovative of the last series of consoles released. So after riding high with a dynamite gaming system and tons of critical accolades, what caused this reversal of fortune for Nintendo?

By far the biggest failure of the Wii U was a lack of appealing games for the system. To be fair, there have been some solid titles on Wii U. Long running franchises like The Legend Of Zelda, Super Smash Brothers, and Mario Kart were all praised for their fun gameplay. Bayonetta 2, which became a Wii U exclusive, almost made me want to go out and purchase my own Wii U. Unfortunately, it just wasn’t enough to draw in gamers like myself, who might also have wanted to play 3rd party titles on one system. The Wii U’s weaker hardware made a number of developers avoid porting titles for the console. With the pool of games being limited to such a degree, their potential share of the market was also hampered.

This brings us to our current state of affairs, with Nintendo in a precarious position in regards to home entertainment systems, and many speculating on what strategy they’ll implement with the NX to gain back ground. Let’s run down some of what we’re pretty sure we know so far:

The hardware is going to be improved. Though unconfirmed reports are abound, most have stated the GPU performance level will be around 900p/60FPS. The immediate conclusion is that this is weaker than the XBOX and PS4 (which would likely be a disastrous mistake), but without confirmation or legit demonstrations of how Nintendo games would run on the system, it’s still too early to tell how fast and powerful NX will be compared to its competitors. Some analysis is even claiming that NX will be more powerful than both of the other systems, on par with a higher end gaming PC. If true, it could be an excellent way to attract more developers to the console and add some bulk to their library of games.

It could come out this year. That would be a logical move for Nintendo to cut their losses with the Wii U, especially with the sales being so low, but there are a few arguments to the contrary, the most prominent being that cutting the cord on the Wii U after only four years would be a disservice to Nintendo’s loyal fanbase who purchased one. The last console generation lasted around 8 years, and abandoning a system after 4 might seem like undercutting the potential value to some.

There’s also a ton of hype. Just this past week, rumors seemed to be popping up every day, including a hoax photo purporting to show the controller for the mysterious NX. People are chomping at the bit for any new details, and that level of anticipation is a powerful tool that Nintendo can use to build hype about it’s new hardware, and capitalize on sales if it turns out to be a winner. There are other little tidbits floating around the system, too. For instance–the ability to play online via the Nintendo Network, gameplay transferring between the NX’s console and handheld device, and exclusive game franchises.

None of what we’ve heard, however, addresses the pressing question: Will VR play a factor on this new console While no one knows for certain, VR is shaping up to be the next gaming battlefield. The big PC VR units, Oculus Rift and HTC Vive, might be too intimidating in their cost and setup for the average gamer, which is where Nintendo could step in and offer an alternative. Much like Sony is doing with their PlayStation VR. Where PlayStation VR is offering a (somewhat) pricey add-on to existing PlayStation units (which also requires the purchase of a PlayStation Camera and Move controller to function properly), Nintendo could offer the NX as a VR capable system right out the gate, reducing costs for the frugal gamer and providing simplicity for the hassle-averse ones. Perhaps it could be just the move Nintendo needs to make to regain their competitiveness in the console market, and win back sales numbers from Microsoft and Sony.