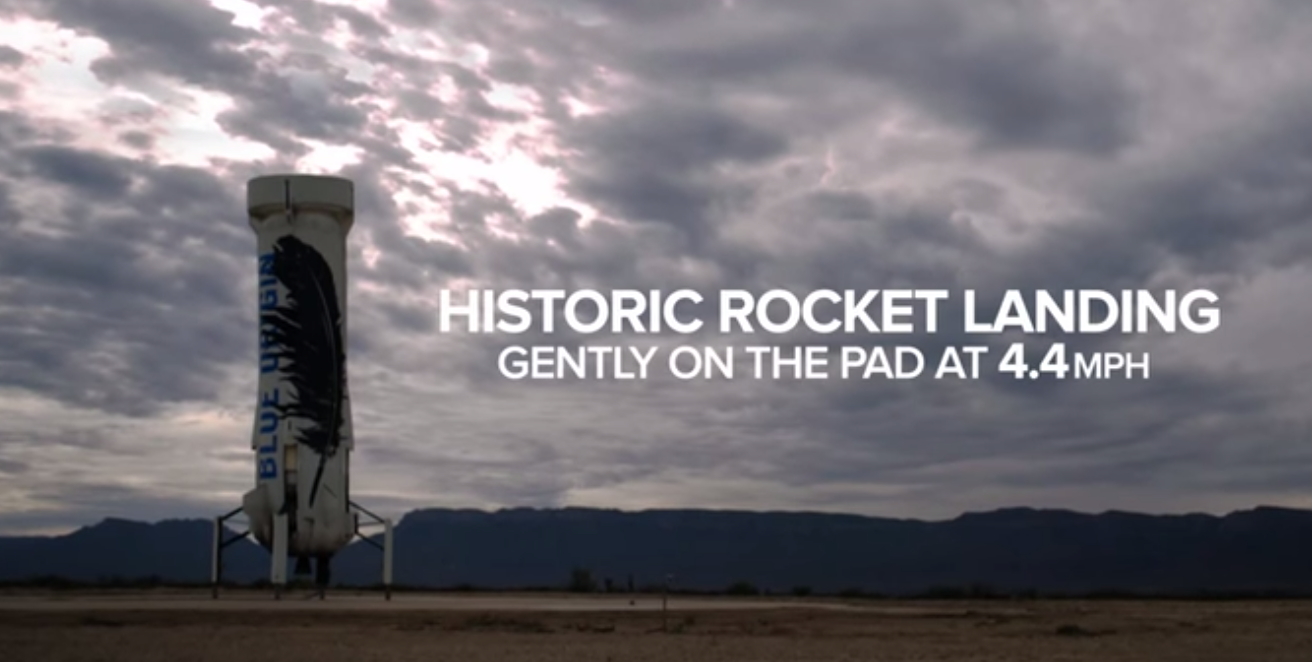 The video accounts for the rocket’s ignition, flight, and landing. It also includes a simulation of the space capsule offering tourists a view of space and the curvature of the earth from 100.5 km, or 329,839 ft. As the space capsule parachutes back safely, much like SpaceX‘s Grasshopper rocket, New Shepard returns to earth with the help of thrusters, which assist in slowing the rocket’s fall and correcting trajectory so it lands gently, flatly back onto earth.

The rarest of beasts – a used rocket. Controlled landing not easy, but done right, can look easy. Check out video: https://t.co/9OypFoxZk3

The reusable capsule flew at mach 4 and both the capsule and rocket were recovered safely. Jeff Bezos announced the success on Twitter and has told press that the company will fly humans when it’s ready and likely by 2017.