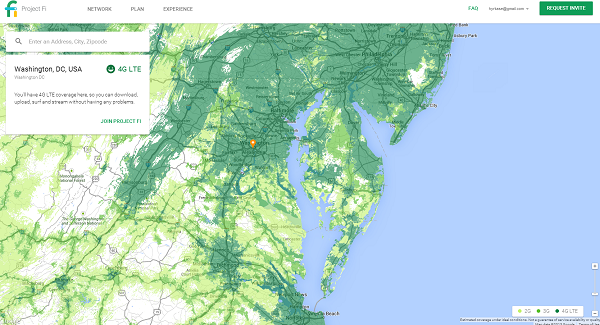 Google has announced the new smartphone lineup for Project Fi (Nexus 6P, Nexus 5X and Nexus 6), a 4G network meant to help your smartphone and other devices meet your excessive data needs with one payment. And yesterday, for a grand 24 hours, Google opened up invites for  the closed Project Fi, for anyone who wanted them.

Fi, basically Google’s own wireless network, offers a uniquely flexible plan for heavy data consumers (or everyone) with a mobile virtual network operator (MVNO). What this means is Google is actually using unused network capacity from Sprint and T-Mobile’s towers to sell to its own customers with Nexus phones. MVNO models of the past have failed with the lack of need or infrastructure, including one made by Disney called “Disney Mobile.” The benefits here for Google are increasing its market share of Android users and Nexus smartphone buyers, meanwhile T-Mobile and Sprint get to utilize their infrastructure and increase their own share of wireless customers (albeit via third party).

Plans at launch cost $20/mo for basic talk/text/wifi tethering, and international coverage. After this it’s $10/1GB of data. For more background on Project Fi, head over to our previous post about its initial launch.