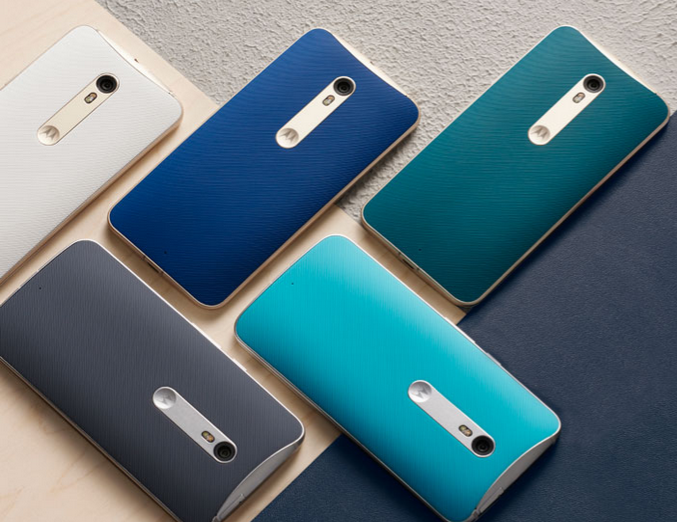 Motorola held a press conference today to debut its next Moto lineup. The list includes an upgraded Moto G, a mid-level smartphone called the Moto X Play, and its brand new flagship dubbed the Moto X Style (or “Pure Edition” in the US). And it’s that last one–the Pure Edition–which is catching fire today for its international, unlocked appeal and incredibly large design.

The Pure Edition’s 5.7″ phablet design takes after its two younger siblings but has an exponential screen size adjustment over previous sizes of 4.7″ and 5.2″. The screen is an obvious standout that seems to point right back to Google’s Nexus 6, LG’s G4, and the iPhone 6 Plus, all known for their ridiculously large screens. With screen real estate becoming an increasingly marketed selling point, Motorola seems to be banking on continued interest in this spec from Android users despite the continued havoc of phones becoming far too large for many owners’ hands.

In addition, the Pure has an upgraded 21-megapixel camera, one that is finally looking up to snuff to compete with Apple and Samsung’s recent technology. In years past, the Moto X camera received flak for its meager sensors, lackluster performance, and continued software update hype that made the camera only marginally capable of competing with other smartphone photography giants. The Pure boasts a 21-megapixel camera capable of shooting 4k and a 5-megapixel front-facing camera. Both are said to be highly acclaimed by independent reviews, according to Motorola.

As for basic hardware, Moto X Pure Edition is sporting 3GB of RAM, a 1440p quad-HD display, up to 64GB of internal storage. And that’s not even including a microSD slot available for an addition 128GB of external storage. That last perk is an incredible advantage over many other flagships going without that feature this year. Also, just like every Moto X before it, the Pure Edition is a completely customizable smartphone with  18 different back inlays to choose from (including bamboo) and 7 different accents.

One great boost to the size of the Pure Edition is a giant 3,000 mAh battery. Like the 2nd-gen Moto X before it, the Pure is capable of quick-charging  8 hours of battery life in just 15 minutes. It will also be sold with near-stock Android 5.1.1 Lollipop and include all of Motorola’s beloved software innovations like physically shaking open the camera and hovering over the screen to see notifications.

Are you looking forward to the new Moto X Pure Edition? Let us know what you think of the third generation flagship in the comments.