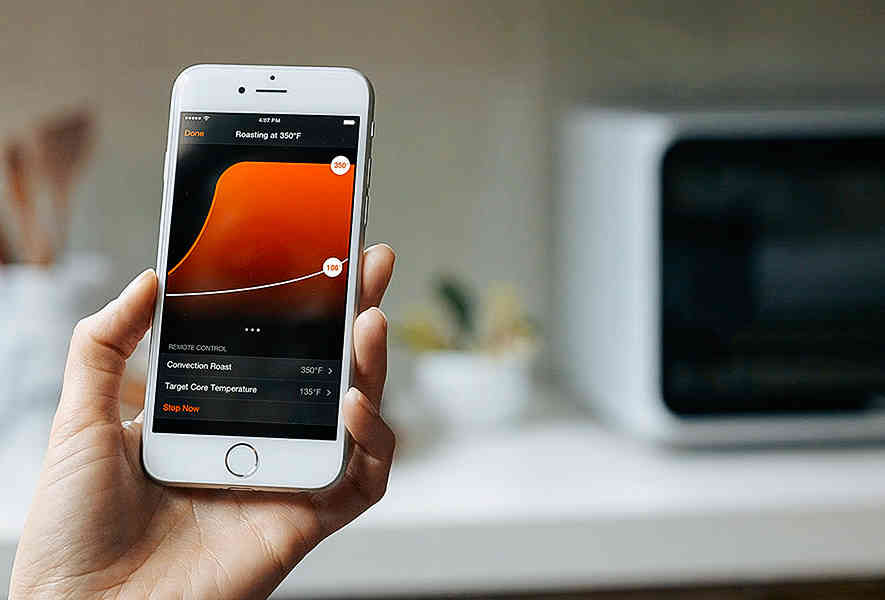 $1495 is a lot of money for a small oven. But perhaps not for one that cooks food to perfection automatically, without a lick of human baking error, and is controlled remotely from your iPad on the couch. This brand new magic appliance might actually be comparable to that PowerBook you spent your tax return on last spring. In fact, June, the “intelligent oven,” which will ship next spring, was designed by former Apple engineers and Path iOS web developers.

Cofounders Matt Van Horn and Nikhil Bhogal have had a long past with iOS applications and Apple product development. Both worked for Apple and Path, and and the duo has designed June oven with those skills in-pocket. With the help of 22 engineers and designers, June’s San Francisco team has built a smart device that looks to have a genuine lasting purpose for American kitchens of the future. Or, at the very least, they have solved one more problem for lazy, unskilled bachelors.

In terms of design, this oven actually looks and functions like other Apple offshoots, such as Nest Labs’ Learning Thermostat and Smoke detector (later purchased by Google). June has an intuitive knob for settings and temperature adjustment along with a 5″ LED display (720 x 1280 resolution), which allows digital visualization of June’s controls in a simple, elegant format no different than your smartphone’s OS.

Unsurprisingly, the June oven is an iOS-only product and is intended to be controlled via your iPhone and iPad with an app. As for superficial use, June can actually record video of your food cooking, snap photos, and allow you to share them on social media via its own app.

The actual appliance is also rather small, fitting a maximum dish size of 11×16″. Its carbon-fiber heating elements make it 30% more efficient than a convection oven, and it is equally space-saving as your toaster oven.  However, the most innovative trick up June’s sleeve is the software. Engineers have embedded technology called Food ID that allows June to use its wide-angle oven camera to automatically identify whatever your cooking, set itself the right temperature, and give you options as to how well you’d like it cooked. Meat, for instance, will bring up standard “Rare” to “Well Done” options. It’s a bit like Vessyl’s beverage detection software, which proved slightly more useless. Push notifications in June’s application also let you know when food needs to be flipped or if a meal is completed. For safety, the oven will shut off automatically once cooking is completed. 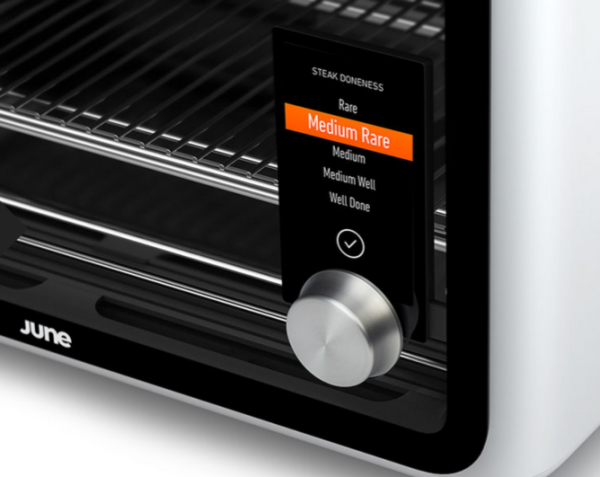 June also includes a special wired-in probe thermometer designed to tell June when meat temperature reaches perfection, so it can raise heat for optimal cooking. In addition, the top of the oven doubles as a digital scale. This feature is supposed to help weigh meals and assist June’s Food ID software in its cooking plans.

Of course, all of this smart tech is still just hype for now, as consumers can’t even buy the oven. Product reviews are coming in with fairly optimal results, but one should always be wary of new smart devices before replacing old, reliable tech. Let’s not forget what happened to one Google engineer’s Nest Smoke Detectors.

Despite its current selling timeline, you can reserve a June oven for yourself for $95 on the startup’s website. Delivery will be spring 2016.

What do you think of smart appliances? Let us know below.