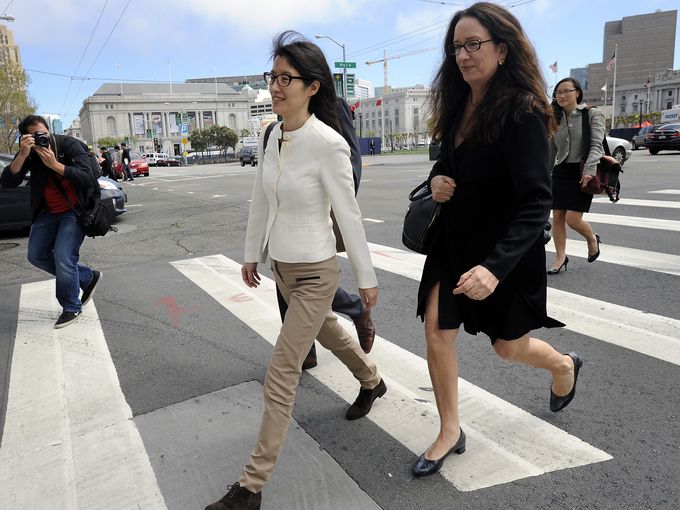 In the wake of controversy regarding Reddit’s firing of AMA manager Victoria Taylor, the CEO of Reddit, Ellen Pao, has officially resigned from her post atop the social website this afternoon. Pao was the interim CEO for the past several years after Yishan Wong. After various controversial moves including banning subreddits violating Reddit sub rules, she has become a continually lambasted figure by the community and moderators of the website’s many social groups.

Despite various statements to the media about better management promises in light of Reddit community concerns, Pao has now passed the torch to the former CEO and founder of Reddit, Steve Huffman. Pao will remain as a board advisor through the end of the year, while Huffman will reclaim his post from years ago.

Below you will find Reddit’s official statement on Pao’s resignation from the head of Reddit’s board, Sam Altman.

Ellen Pao resigned from reddit today by mutual agreement. I’m delighted to announce that Steve Huffman, founder and the original reddit CEO, is returning as CEO.

We are thankful for Ellen’s many contributions to reddit and the technology industry generally. She brought focus to chaos, recruited a world-class team of executives, and drove growth. She brought a face to reddit that changed perceptions, and is a pioneer for women in the tech industry. She will remain as an advisor to the board through the end of 2015. I look forward to seeing the great things she does beyond that.

We’re very happy to have Steve back. Product and community are the two legs of reddit, and the board was very focused on finding a candidate who excels at both (truthfully, community is harder), which Steve does. He has the added bonus of being a founder with ten years of reddit history in his head. Steve is rejoining Alexis, who will work alongside Steve with the new title of “cofounder.”

A few other points. Mods, you are what makes reddit great. The reddit team, now with Steve, wants to do more for you. You deserve better moderation tools and better communication from the admins.

Second, redditors, you deserve clarity about what the content policy of reddit is going to be. The team will create guidelines to both preserve the integrity of reddit and to maintain reddit as the place where the most open and honest conversations with the entire world can happen.

Third, as a redditor, I’m particularly happy that Steve is so passionate about mobile. I’m very excited to use reddit more on my phone.

As a closing note, it was sickening to see some of the things redditors wrote about Ellen. The reduction in compassion that happens when we’re all behind computer screens is not good for the world. People are still people even if there is Internet between you.

If the reddit community cannot learn to balance authenticity and compassion, it may be a great website but it will never be a truly great community. Steve’s great challenge as CEO will be continuing the work Ellen started to drive this forward.