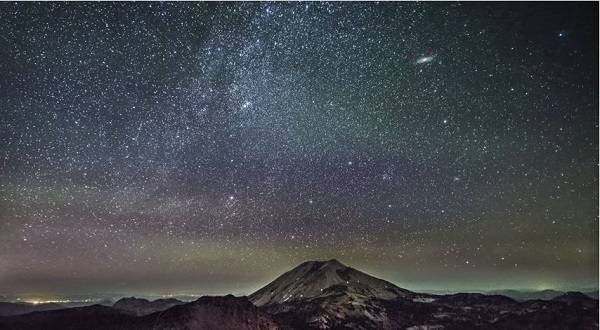 Images taken by NASA’s Hubble Space Telescope last winter have been stitched together to build the largest and sharpest composite image of the Andromeda Galaxy. The photograph was actually captured on January 5 (NASA published it on January 20), however it has resurfaced on the web again thanks to a viral video mapping an entire flyby view of this incredible photograph.

The stitch-job also stakes claim as the largest digital photograph ever produced.The 69,536 x 22,230 resolution image has 1.5 billion pixels and takes up 4.3 GB of hard drive storage. The view is made up of 411 images taken by the Hubble and includes literally 100 million stars while spanning  40,000 light years of distance. Pretty incredible, right? Be sure to watch to the end and adjust playback up to 4K resolution.