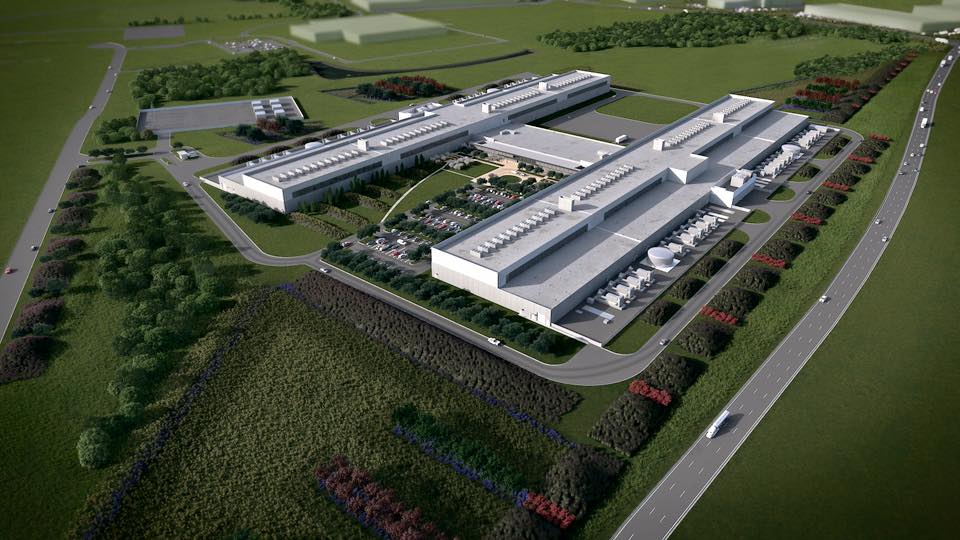 Mark Zuckerberg announced the construction of a brand new data center facility for Facebook today. Using his own Facebook page, Zuckerberg said the company’s fifth data center will be built in Fort Worth, Texas and use 100% renewable energy while adding 200 megawatts of wind energy to the grid. Like many other Silicon Valley companies like Apple and Amazon, renewable energy and efficient design is becoming a popular vice among the richest companies in the world for constructing new facilities. However, there are no wind turbines seen anywhere near the architecture model attached to Zuckerberg’s post. 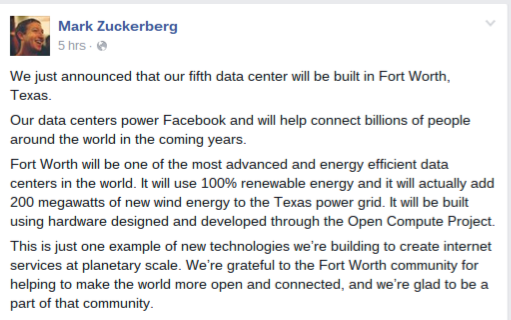 Zuckerberg cites Facebook’s own Open Compute Project for how the new facility was designed.  Open Compute started with Facebook engineers three years ago with a goal of building “one of the most efficient computing infrastructures at the lowest possible cost.”

The results have been several Facebook data centers with more efficient servers with less materials and energy wasted. The goal of the project is to collaborate openly with hardware engineers to develop more efficient computing infrastructure. The project is clearly intended to sway public opinion of Silicon Valley companies, while also encouraging the tech industry to follow suit in the now popular effort to reduce the impact of big business on the environment along with companies’ own operating costs.