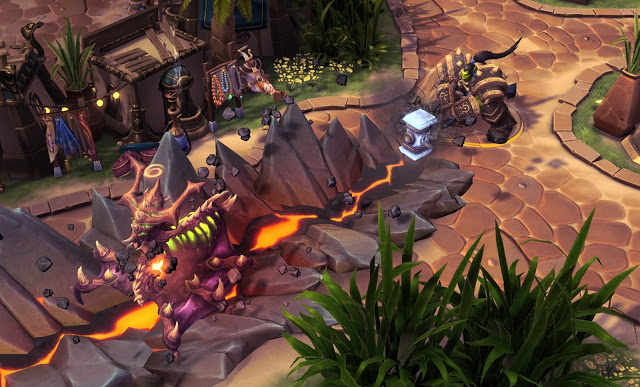 Launch day for Blizzard’s Heroes of the Storm (Heroes), a brand new MOBA, has come and gone. I’m one of those jerks who was granted access to Heroes of the Storm early on in the technical alpha. Prior to that, I had reached summoner level 23 in League of Legends (7 levels short of the maximum, AKA n00b), but since quit playing for various reasons. Now that Heroes is officially live, and having played hundreds of games solo and with friends throughout the alpha and beta, I thought I might explore why Heroes is the perfect MOBA for me. If you can identify with some of my reasoning, it may also be the perfect MOBA for you—even if have never played one before.

The shortest match I’ve played in Heroes ran about ten minutes, while the longest match ran about 35 minutes. Quite a variance, I know! In contrast, the shortest League of Legends match I’ve played ran around 20 minutes, while the longest stretched over an hour—an even larger variance. But it’s not the difference between the longest and the shortest matches that attracts me. Rather, it’s the average length of each match. On average, one can complete two games of Hereos in the time it’d take to complete one game of League of Legends. And this is important to me as it relates to risk vs. reward.

Risk in this case signals time-invested. Reward signals any number of things: a win, XP gain, fun, etc. Being able to play two games in a forty-minute period vs. one increases the overall sense of reward. Even if you aren’t winning, you’re gaining experience, both in the virtual and literal sense. The Heroes match rarely leaves you feeling like it’s dragging on (even if your team is clearly behind) because they tend to be finished so quickly. Players will always have a decent idea where the teams stand in relation to one another by the 12-minute mark of the match, Nevertheless, just because one team is far ahead doesn’t mean the match is over. And that tug of war swing can be a huge reward.

Heroes requires teams to make intelligent choices throughout the game; even a team three levels ahead of their opponent by the end, isn’t guaranteed a win. Some might not see this as fair, but I think it’s the perfect answer to superior teams that purposefully dragging out the match for their own amusement. One of the reasons I left League of Legends was the feeling of utter futility and uselessness when you and your teammates fell too far behind to win, yet the match went on for another 25 minutes.

In Heroes, the game’s truly not over til it’s over. I’ve been on both sides of matches where one team has a 15 vs. 12 level-differential and the leading team gets cocky and blows the match. For one, a lagging team will gain experience at a slightly faster rate to prevent them from getting too far behind–which is nice, if not too dramatic. I’ve also been on both sides of matches where the winning team finished five levels ahead of their opponents. With the increased length of resurrection timers after late-game deaths and the increased power of Heroes at high levels, a well-coordinated wipe (killing all players on the opposing squad) by the trailing team is enough to steal away a victory. Still, that’s easier said than done.

In League of Legends, there’s a lot of emphasis on laning, which essentially means a player adheres to a single lane on the map to clear out minions in order to gain experience. The concept of last hitting–delivering the killing blow on a minion or champion–is a big deal as that’s how players gain experience and level up.

While the concept of laning still exists in Heroes, less emphasis is placed on it. Experience is still gained from killing minions and champions, but the experience is shared across the team. In a sense, early game laning can be even more important in Heroes, as that’s where teams can achieve an early level jump on their opponents if they’re covering the map well. With players not gaining an individual bonus from kills (save for a few champions that can choose a talent to benefit from this), they’re encouraged to be more map-aware and respond to the actions of the opposing team and their teammates alike. Because of this, team fights tend to happen earlier and more often compared to League of Legends, something that makes the game feel fast-paced right out of the gates.

To date, their are seven different Heroes maps with another slated to be released soon. Unlike League of Legends, players don’t choose the map they’ll play on–it’s randomly decided by the game. While everyone surely has their favorite and least-favorite map, the variety staves off monotony I often felt while playing League of Legends.

Additionally, the difference between the maps goes far beyond window dressing. Each map has a specific objective that must be responded to by both teams to secure victory; each of these objectives feels distinct compared to the others, which simply keeps the experience fresh. For several former-League of Legends-turned-Heroes players I’ve spoken with, the lack of map variety in League of Legends makes the game seem stagnant by comparison. It’d be like if World of Warcraft players only had the Warsong Gulch map for Player-vs-Player activities. In contrast, Heroes essentially queues the player for a random battleground.

Easy to learn, difficult to master is one of Blizzard’s mantras, and they’ve delivered here. Blizzard’s champions are designed to fill one of four specific roles: Warrior (tank), Assassin, Support (healer), and Specialist. Blizzard clearly lists each role every champion fills, making it quite simple to choose a character you want to play, or better yet, assume a role your team needs.

While Blizzard very briefly played around with the idea of an in-game item shop, they quickly decided it wasn’t what they wanted for the game. In reality, it adds a certain level of complexity to the game; a level of complexity that essentially requires some pre-game research to discern the most advantageous item builds for a given character. Another phrase for that level of complexity? A barrier to entry.

Instead of unlocking champion abilities as you level, and spending talent points increase the power of those abilities as in League of Legends, Heroes champions start the game with all four of their abilities and will select a Heroic Ability upon reaching team level 10. Every three levels players are given a choice that often results in augmenting or improving a certain ability. Generally, these are fairly easy to understand and select on the fly. Still, knowledge of the champion’s overall toolkit and its options as it relates to the team’s needs is still valuable—and can involve some research. While I do believe this setup runs the risk of creating cookie-cutter “best” builds, I feel the best teams out there will choose their talents in a way that benefits the whole. 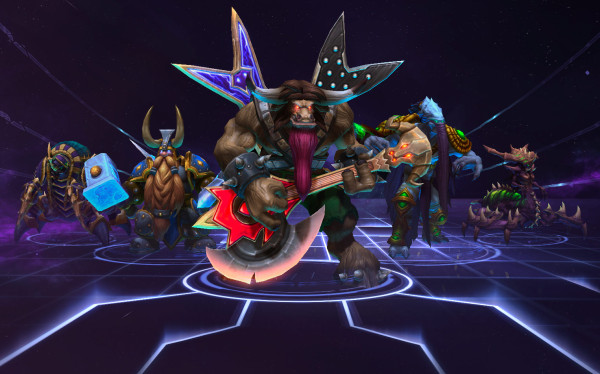 On top of that, Heroes offers daily quests that reward gold. Most of these are along the lines of “Play 3 Games as a Warcraft Hero” or “Play 3 Games as a Support Character.” The best part of the two examples I’ve offered is the word play. The game does feature one daily quest that requires players to win 3 games, but the gold reward is greater as compensation for the challenge. A new daily quest is offered each day, and players are allowed to have up to 3 quests in their log at any given time. Super cool, because if you’re not playing every day, you can still reap some serious gold rewards. And I should probably mention that gold is how players can purchase new Heroes without spending real money.

Are you playing? How’s it been thus far?

Ross Fale is a contributing editor for Tech Void and originally published a version of this piece on his blog, Feckless Leader.