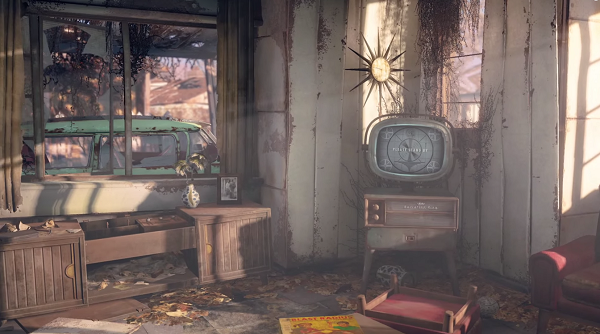 Fallout, a beloved post-apocalyptic warfare game series, has been winning high acclaim for years now. After lengthy anticipation for the next iteration, Fallout 4, Bethesda Softworks finally released its trailer for the new game this week.

Unfortunately, there’s a problem with this snippet–it sucks. In earnest, many gamers are asking how this could be considered a 2015 game based on the trailer. After masterpieces like The Last of Us, it’s a wonder how the post-apocalyptic genre can continue to innovate itself, let alone look any more beautiful (graphics). And considering Bethesda has developed amazing games such as Elder Scrolls V: Skyrim, it’s almost hilarious how bad three measly minutes of video game teasing can be.

Even if this video is mostly gameplay (and it isn’t), the animations are absolutely lame. The introduction scene features a German Shepherd that doesn’t seem to blend in its own environment or walk in time with its own pace. In fact, the dog’s sniffs and whines don’t even feel/sound dimensional. Perhaps gamers are just spoiled in this era of high-quality cinematography in videogame cut scenes, but many of us are simply thinking, “Were they banking on fans liking this simply because it’s Fallout?” Still, scenery indeed remains creative, beautiful, and the type of post-nuclear steam punk-ish environment one might expect from Fallout games. It’s those NPCs and main characters that lack the level of detail in contrast to the world that surrounds them.

Thoughts of your own? Let us know what you think in the comments.