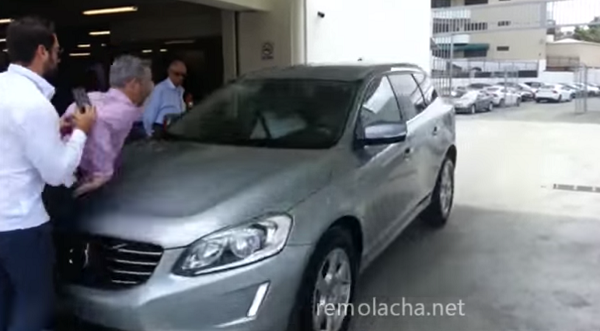 Just when we thought self-driving cars were the cure-all for driving woes, the world was just reminded what happens when computers mess up. During a Volvo self-parking demonstration with the Volvo XC90, the vehicle began to drive towards journalists and onlookers at a relatively brisk speed, ultimately hitting several people. Remolacha.net, which filmed the video, reported that victims of the crash were only bruised. The accident occurred because operators did not put the vehicle on “City Safe” mode. Of course, this begs the question, why would any particular mode allow a self-driving car to hit people?

Clearly it was on “Zombie Defense” mode.