The Witcher 3: Wild Hunt comes out tomorrow, one of the must anticipated games for XBox One, PS4, and PC. You’ve seen the trailer. It’s sunset, and a young woman in a bonnet sprints through a field of wheat, trying to outrun a vicious griffin. The griffin beats its expansive wings, opening its beak right as the young woman stumbles and turns around. A man with white hair down to his neck blasts the griffin away using an electric bolt from his hand, and it crashes into the ground, only able to crane its neck around to watch the man plunge a sword into its back.

While this excites us for the graphics and gameplay—seriously, who doesn’t want to slay a griffin?—what about the content of the game? Is The Witcher 3: Wild Hunt as awesome as the trailer makes it out to be? Is it better than the last game in the series, and has CD Projekt RED fixed the bugs from The Witcher 2? Well, yes and no. The Witcher 3 doesn’t drop you into the story like The Witcher 2, which started (spoiler alert) with the assassination of the king and suspicion of Geralt.

This time around, our main character Geralt searches for his lover, Yennefer, and adopted daughter, Ciri. Although it may not be the most thrilling main plot, The Witcher 3 has plenty of world-building to keep gamers interested. Compared to the last two games of the series, this one has an open world map, letting you explore at your own leisure.

And honestly, this seems to be the best way to go about Wild Hunt. Instead of attempting to complete the main plot first, players can take on side quests and contracts from town noticeboards in addition to the story. This way, you get to experience the best part of The Witcher 3, which is the world itself—the voice acting, full day/night cycle, and just the sheer detail. Even the smallest decisions made within the game will affect the world around you, without having to meet a morality quota. 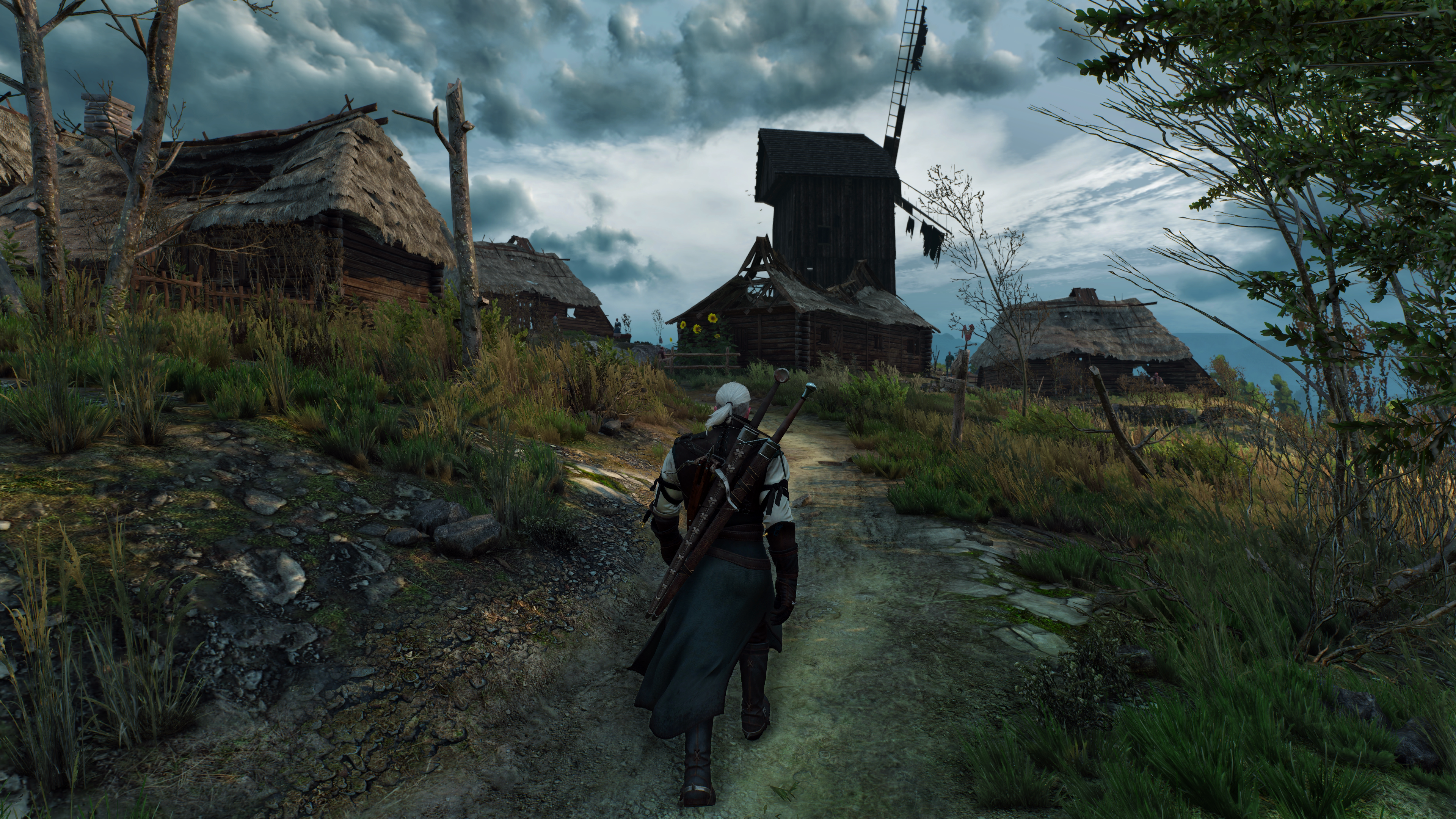 We do have some improvements from the last game, mainly in the upgrade system and equipment department. Compared to The Witcher 2, Wild Hunt has streamlined some parts while becoming more detailed in others. Potions and oils are easier to restock without the addition of Witcher lore, but at the same time, there’s a larger and more powerful array of potions than before. There are also combat skills that make fighting within the game easier, like a move that reduces damage while dodging (especially with that dodging glitch). In other words, the game isn’t nearly as difficult as the last two. You don’t have to be a skilled gamer to play The Witcher 3 and have a good time.

As for cons of the game, there are, unfortunately, some performance issues. The biggest issue includes the jagged combat and cut scenes due to the framerate issues on the PS4. Transitions between maps can also take a little too long to load, but CD Projekt RED has promised a “day one” patch to fix any issues with performance and automatically applied. The patch will also fix any texture issues, and other “overall performance improvements.” Even if the day one patch doesn’t completely eradicate all the issues other reviewers have noted, it’s only a minor inconvenience. These small problems only affect the overall aesthetic ever so slightly, leaving the many good qualities The Witcher 3 to remain a quite beautiful gaming experience. 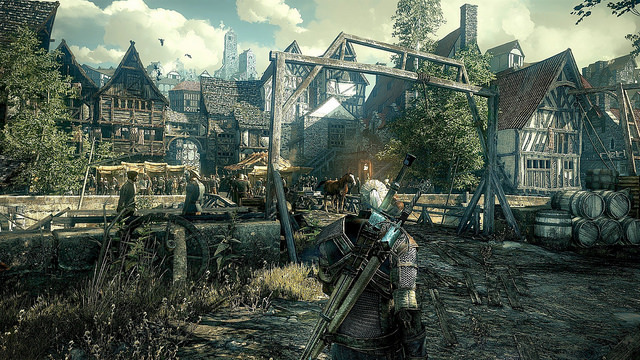 Other downsides do include aggravating side quests and unfair hits due to dodging glitches. You might encounter something as silly as escorting a goat right when you’re about to reveal an important clue. Unfortunately, there are a number of these seemingly meaningless quests, which may make or break the game for some. As for the dodging, both long and short range may not work correctly. Even if Geralt is completely clear of a monster, sometimes he’ll still take hits. Hopefully the day one patch will fix this on the game’s release, but this is obviously to be seen.

The Witcher 3 is a great game for any player who loves exploring worlds and attention to detail. It’s fun, although aggravating at times, whether it’s the performance issues or annoying side quests, but still worth it. However, if you’re a gamer who plays just for the combat, it’s not the game for you. The best part of The Witcher 3 is exploring with fantastic characters, and the best part is you don’t have to play the first two to understand and enjoy it. The Witcher 3 is a complex game, but CD Projekt RED has made the series more accessible. It’s a game worth playing, especially for the sheer beauty of the world.