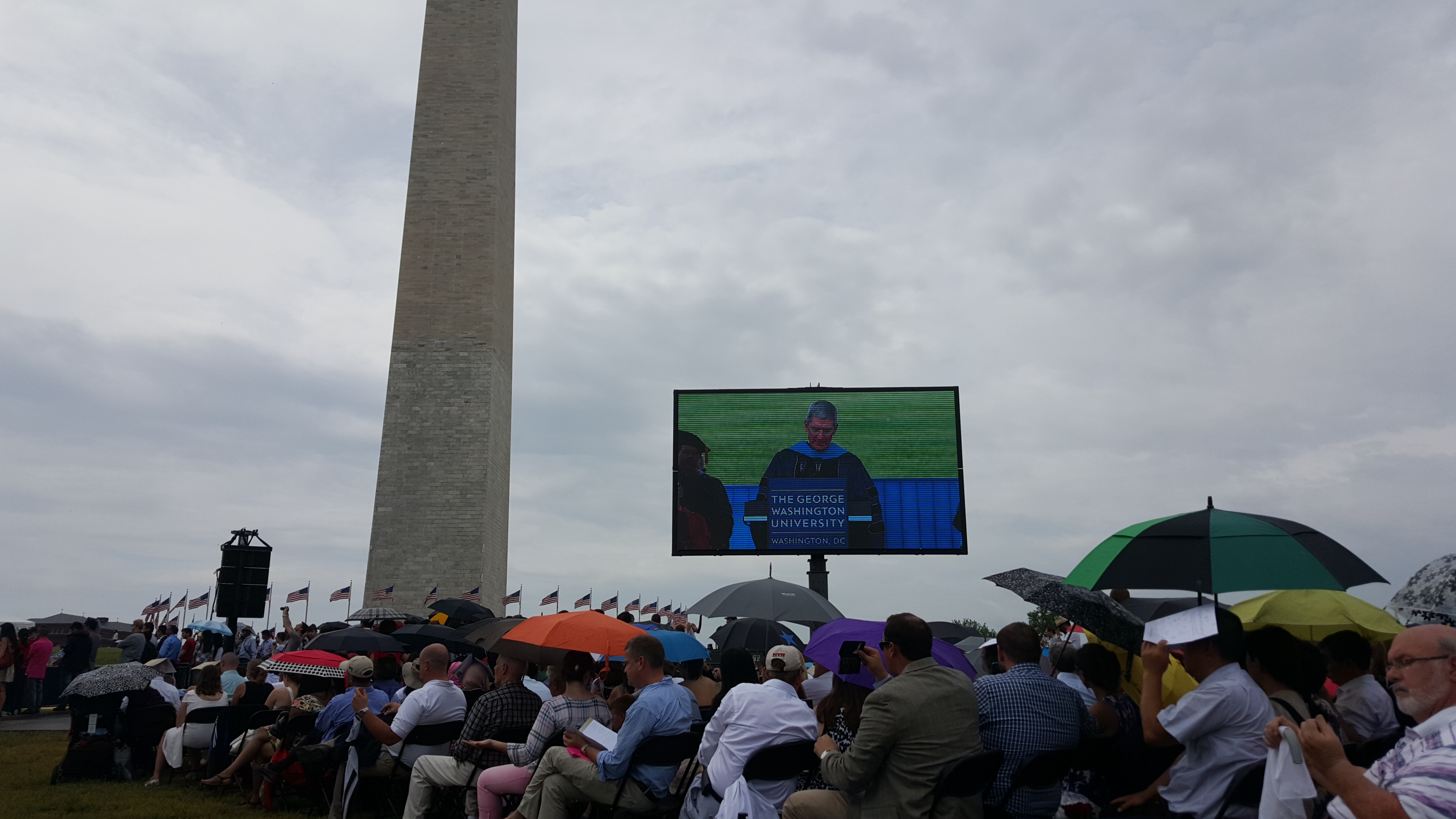 Tim Cook, CEO of Apple, spoke at the George Washington University’s (GWU) graduation ceremony this morning on the National Mall near the base of the Washington Monument. After receiving an honorary degree, Cook delivered the commencement address to all of GWU’s students.

Cook’s message was a strong one, pushing on equality, social justice, and building careers with professional goals of helping others in mind. To make the case, he used personal anecdotes, including his first meeting with the infamous segregationist and former Alabama Governor George Wallace, where he noted, “…shaking his hand felt like a betrayal of my own beliefs. It felt wrong–like I was selling a piece of my soul.” 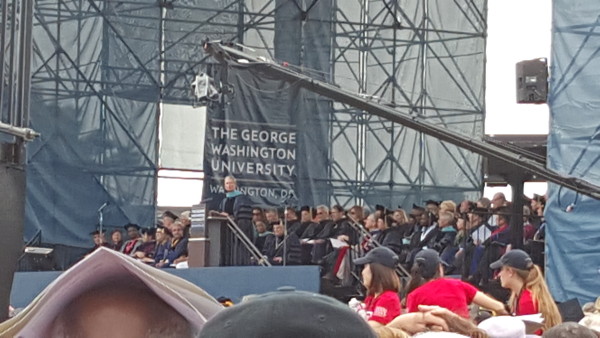 In contrast, Cook said meeting President Jimmy Carter shortly after (thanks to winning an essay contest in high school), impressed upon him a clear contrast of right and wrong between these southern neighbor-stated politicians and their world views.

“I was one of the lucky one who got to shake his hand…” Cook said of Carter.

Of course, Cook wasn’t all serious. After telling the audience administrators wanted everyone to silence their phones, he threw a quick jab to iPhone competitors, saying: “If you don’t have an iPhone, just pass it to the center aisle. Apple has a world-class recycling program.”

Cook told GWU his idols included Martin Luther King, Jr., Amelia Earhart, and others known for fighting against inequality in the United States. Further dipping into current affairs, Cook even name-dropped Apple for helping bring social justice to the spotlight with the availability of iPhone cameras in consumer pockets. 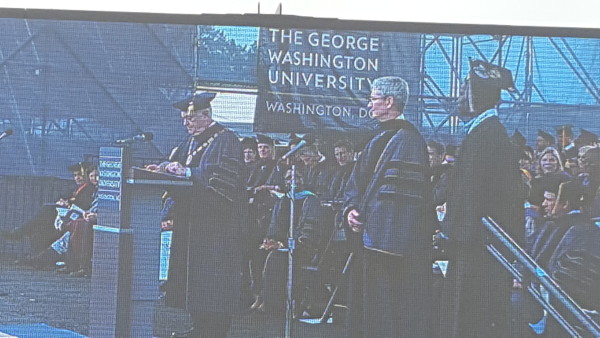 Later, he brought up his admiration for the late Steve Job’s conniving attitude against impossibility in engineering and business, suggesting it was a character attribute that helped shape how Cook chose to pursue a career in technology with meaning, one with an aim of helping people connect with each other around the world, as well as helping the disabled engage with it period.

“It has been 17 years and I have never once looked back.”

Overall, the speech was timely, pertinent, and arguably quite politically influential considering Apple’s placement as one of the most valuable businesses in the world. Cook’s final note encouraged the Class of 2015 to find the good cause in their work, saying (paraphrased), “Doing well and doing good do not have to be mutually exclusive.”