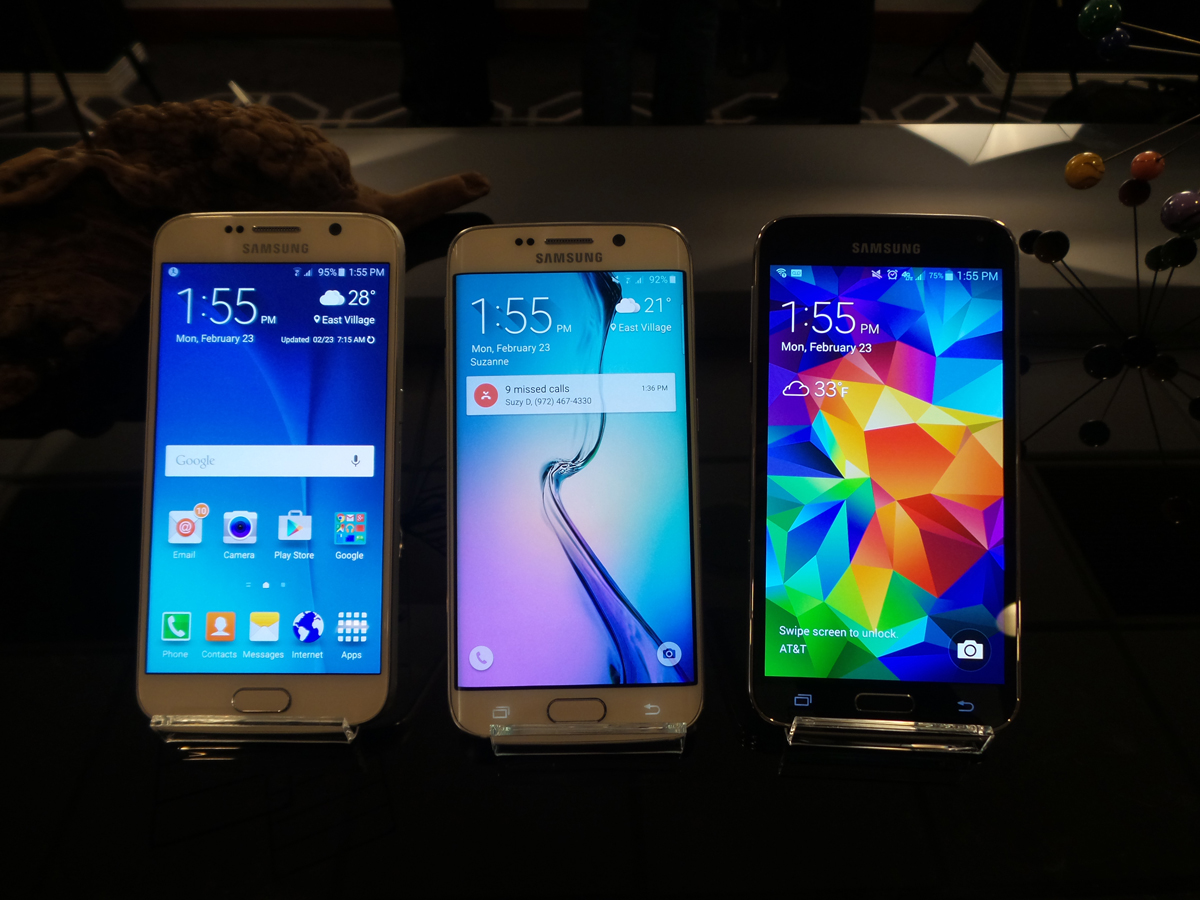 Update: Further research done by our readers has shown this customer service representative was incorrect on the sticker removal. As it turns out, warranty tracking information for Samsung is stored on the cover elsewhere. The sticker can indeed be removed.

If you’re an early adopter like me, you may have just purchased a shiny new Samsung Galaxy S6 (and hopefully for a discount). Unfortunately, when Verizon Wireless handed me mine, I found this silly QR code sticker on the back of the device. Of course, I opted to attempt to remove it as soon as possible. Because really, who buys a $700 device and expects to leave the stickers on it? It’s a shiny and new piece of beautiful hardware.

But as it turns out, this “IMEI sticker” is used for tracking your product for repairs. According to a Redditor named Aaron, who sought Samsung’s Customer Service support after purchasing his S6, removing the sticker will actually void the warranty. Despite this sticker being outside of the phone, Aaron was told not to remove it if he ever wanted to get repair services from Samsung on the device. 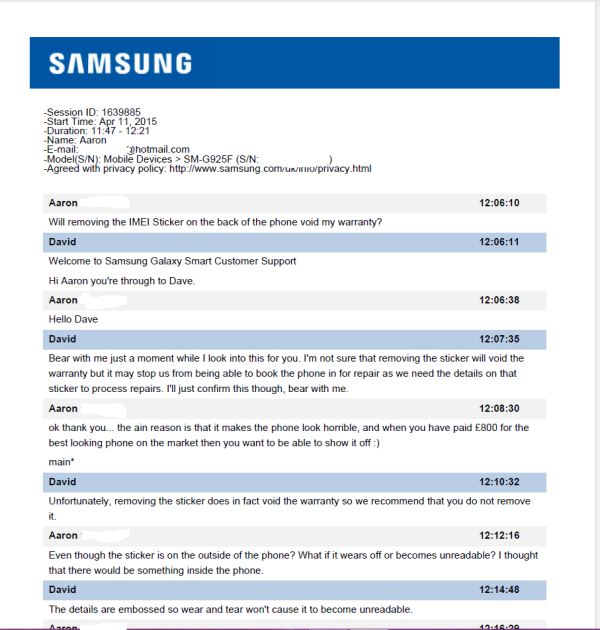 A customer rep named David said, “Unfortunately, removing the sticker does in fact void the warranty so we recommend that you do not remove it.”

So much for your attractive new device, folks. Still, this issue could seriously be remedied by carriers telling customers this fact in the first place. I’m fairly certain this lack of information up front wouldn’t hold up in court if push came to shove. Nevertheless, we have a simple recommendation to avoid such trouble in your S6’s future. When you buy a new phone, feel free to take off any stickers you like. Just be sure to keep them in the phone’s box in a safe storage space. After all, you can always stick them back on. How’s that for a LifeProTip? 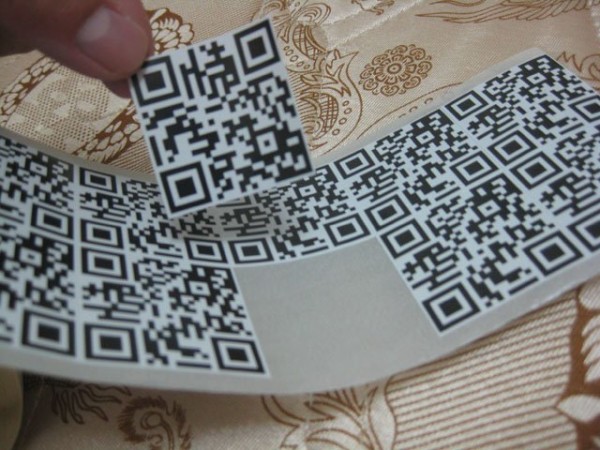 Have any of you bought the new Samsung Galaxy S6 or S6 Edge? Let us know your thoughts so far.