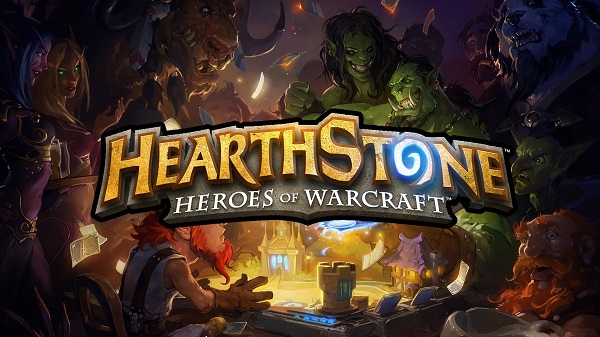 There’s great news for bored gamers in work bathrooms this week. Blizzard’s digital card trading game Hearthstone Heroes of Warcraft is now available to play on Android smartphones. Blizzard’s slogan “Deceptively simple. Insanely fun.” suggests the game is quite intuitive to play, much like its tablet version of the game which has been available on Android and iOS tablet devices for months. Of course, the main concern is, can you actually read the cards on a screen under seven inches?

The best way to figure that out is to play, of course, so head on over to Google Play and see how your Samsung Galaxy S6 holds up with this addictive game. For the full details, read on down: 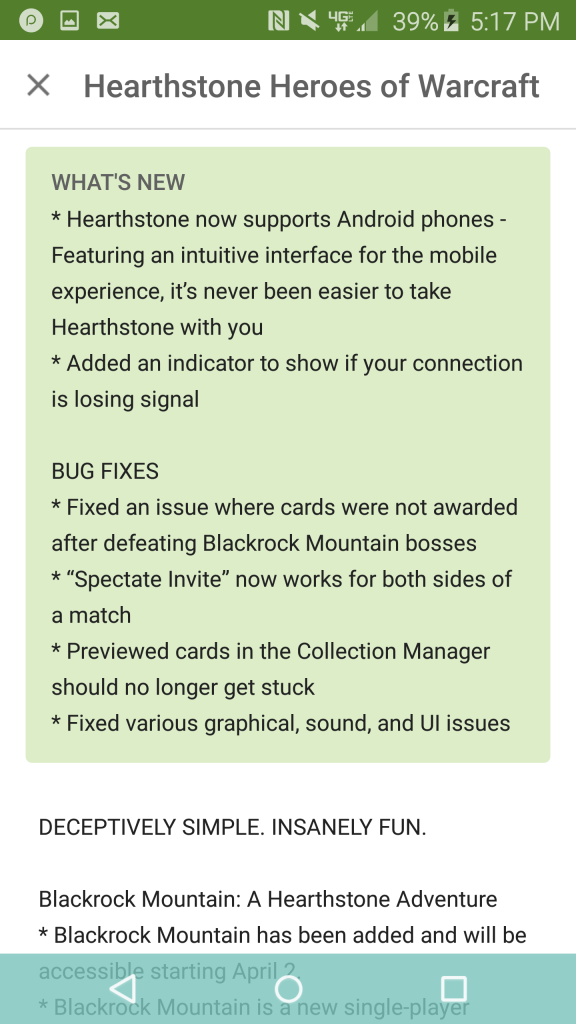 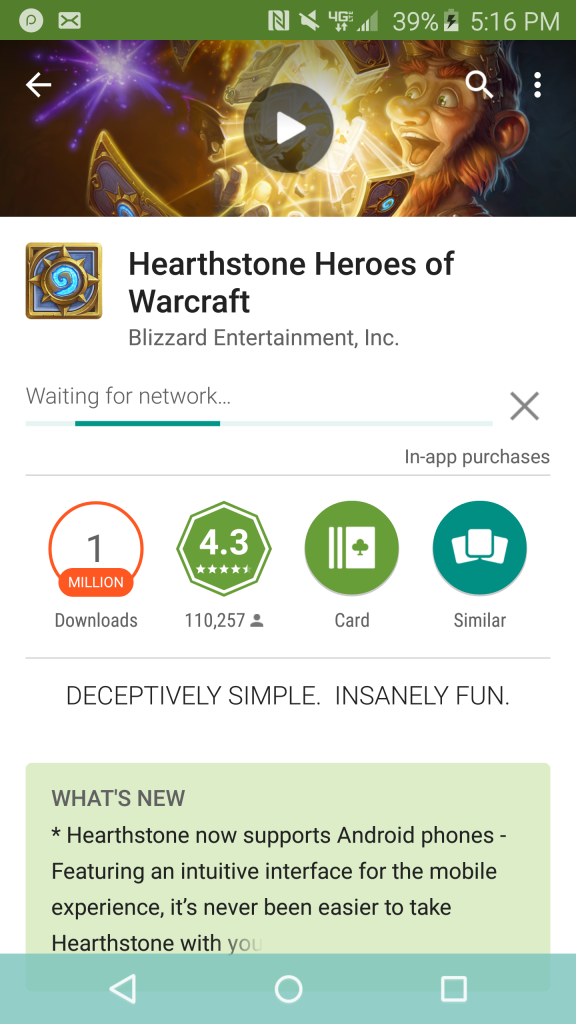 * Hearthstone now supports Android phones – Featuring an intuitive interface for the mobile experience, it’s never been easier to take Hearthstone with you
* Added an indicator to show if your connection is losing signal
BUG FIXES
* Fixed an issue where cards were not awarded after defeating Blackrock Mountain bosses
* “Spectate Invite” now works for both sides of a match
* Previewed cards in the Collection Manager should no longer get stuck
* Fixed various graphical, sound, and UI issues
Source: Google Play