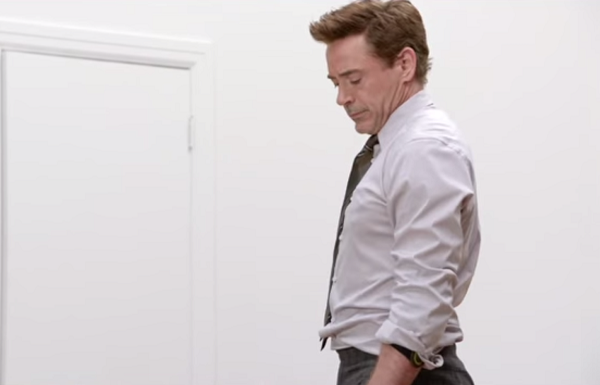 If you missed the debut of the HTC One M9 at MobileWorldCongress a few weeks ago, it’s okay. That’s because Iron Man is looking to get you in touch with the new HTC flagship himself in several new advertisements. Beloved Oscar-winning actor Robert Downey Jr. has been spotted in several new ads for HTC’s phone, and they channel his beloved slapstick performance of Charlie Chaplin in 1992.

The strange ads have Downey being thrown around rooms, silently attempting to answer old telephones, bleeding on typewriters, hiding out in military bunkers, and just generally acting quite silly. With a “silent film” feel to them, the ads play more upon Downey’s comedic presence and celebrity than they do HTC’s phone.  “M9 is coming,” “Shoot for the moon,” and “Light up the room” are some of the only contextual comments shown. While the opportunity to show the actual smartphone being advertised almost seems wasted, some may say these ads are brilliantly simplistic.

Thoughts of your own? Let us know.