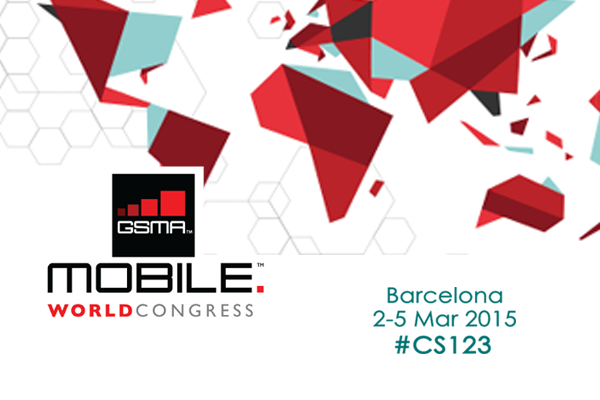 Mobile World Congress 2015 will be taking place in Barcelona next week from March 2-5. Tech giants from around the world will show off their newest tech products for 2015. Thankfully,  per usual, several companies have decided to leak some news early in anticipation of the conference. Whether intentional or accidental, here’s what we’ve got so far:

Sony “accidentally” leaked the new Xperia Z4 Tablet yesterday on Lounge. Not much is known about the Z4, but it will be a large 10″. According to the short-lived Lounge page, it also has a not-so-impressive 2K display along with “the latest ultra fast processor” and “industry leading battery performance.” No specifics were stated, and it looks like we’ll have to wait until March 3rd to find out more.

We’ve got five new additions to Lenovo’s Vibe series. First and foremost is the Vibe X3, which highlights a 5.5″, 1080p display, front-facing stereo speakers, and a 20.7 megapixel camera on the back. It doesn’t sound like the most exciting phone, but maybe Lenovo’s holding onto the wow-factors for now.

Next up is the Vibe Shot, also known as the Vibe Max (above) which, you guessed it, is all about the camera. The display is a little smaller than the X3 at 5 inches, but it has the same 1080p display. As for specs, the Vibe Shot is packing a Snapdragon 615 processor, 3GB RAM, and 32GB of storage. Lenovo’s thrown in a microSD card slot just in case you need some extra room for all those pictures. As for the 16 megapixel camera, it has optical image stabilization and three-tone flash to get the most natural-looking brightness, and its own shutter button. How flattering for Nokia.

Then there’s the Vibe P1 and P1 Pro, which are all about battery life. The Vibe P1 has a 4000mAh battery with Qualcomm’s Quick Charge 2.0 support, just in case. According to the release, the P1 has nano ceramics coating, 64-bit octa-core CPU, and 2GB RAM in the MediaTek chipset. Need more battery than that? The P1 Pro carries a 5000mAh battery with a fingerprint sensor. Our guess is that the specs are the same (including its size), based on the images, but we can’t say for sure.

Lastly, we’ve got the Vibe S1, coming in 5 different colors. The Vibe S1 is aiming at a younger audience, with a front-facing camera for the selfie lover in your life. We get the feeling that the S1 might be akin to the iPhone 5c compared to the iPhone 5s, with the S1’s lower price point and specs less impressive than the X3. However, we don’t have any details, so we’ll just have to find out during the Mobile World Congress.

It looks like LG put the G4 on the backburner and is releasing four mid-range phones at the Mobile World Congress instead. Starting with LG’s Leon and Joy, both of them are on the lower-end of the spectrum, with 4.5″ and 4″ displays, respectively. Leon packs a punch with a 1.2GHz quad-core processor, 8GB of internal memory, 1GB RAM, and an 8-megapixel rear-facing camera. Where it falls short is the 1900mAh battery and the VGA front-facing camera. As for the Joy, it runs on a 1.2GHz dual-core processor, has a 1-megapixel camera, and has half the memory and RAM of Leon (4GB and 512MB, respectively). It looks like the Joy is for the less tech-oriented, or for that someone looking for an inexpensive smartphone.

Both the Spirit and Magna have the same processing power, rear-facing camera, RAM, and internal memory. The differences are the Spirit’s 4.7″ display, 5-megapixel front-facing camera and its 312 ppi display, with a 2100mAh battery. The Magna, on the other hand, has a 5″ 294ppi display and 5 megapixel front-facing camera with a removable 2540mAh battery. With those specs, the Magna is competing with Samsung’s Galaxy S6, which will also be appearing at the Mobile World Conference.

Of course, HTC has already committed its own leaks of the HTC One M9 which we’ve covered here. Stay tuned for next’s week updates during Mobile World Congress.