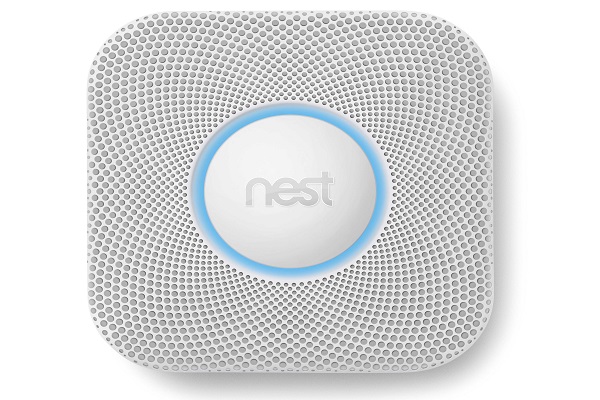 In one of the most annoying, yet entertaining videos, Google engineer Brad Fitzpatrick demonstrates how his entire network of Nest smart smoke detectors (bought by Google for $3.2 billion) recently turned against him upon one accusation of “smoke in the master bedroom.”

In the following six minute video, Fitzpatrick can be seen attempting to “hush” five Nest smoke alarms in his home, as they continue to chirp at ear-piercing levels no matter his strategy, and all despite there actually being no smoke inside the house.

Note: Seriously, we recommend muting this video after you get the gist of the situation.

Brad posted the video on YouTube with the caption, “You can stop or mute this video if it’s annoying, but you cannot stop a Nest.” He also added the comments below urging users to “NOT buy a +Nest smoke alarm,” and saying that because of the product’s bugs, he often ignored Nest smoke alarm notifications on his Android smartphone, assuming they were false. 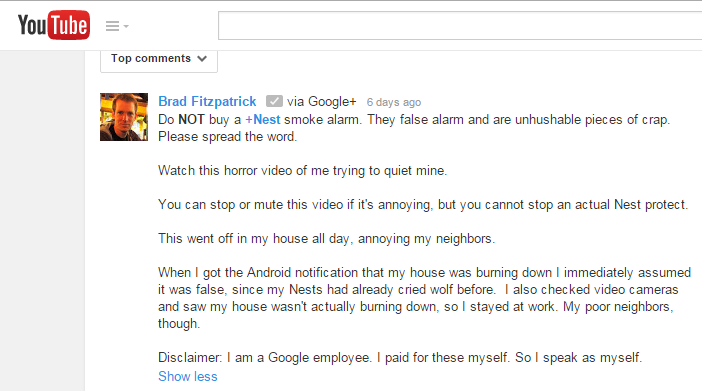 Not a very smart home after all. The entire ordeal is almost something out of 2001: A Space Odyssey when HAL 9000 refuses to “open the pod bay doors” for Dave. In this case, it’s Nest refusing to stop chirping and sending out false fire alarm notifications. We have reviewed Nest’s Learning Thermostat without issue, but this video sure makes us reticent to buy a Nest Protect smoke detector, let alone five of them.

Of course, we’re curious if Fitzpatrick even considered reporting the bugs to Nest before uploading this (understandably angst-filled) video.

What do you think?