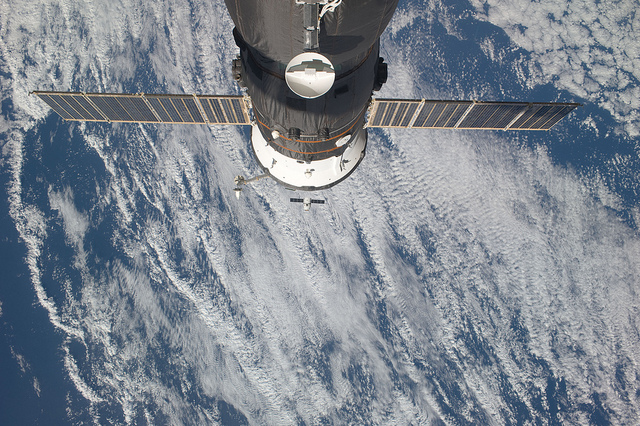 5:00 pm EST Update: SpaceX has officially confirmed receiving a $1 billion investment from Google and Fidelity today. Below is the press release offered on a “financing round” page of their website.

Space Exploration Technologies (SpaceX) has raised a billion dollars in a financing round with two new investors, Google and Fidelity. They join existing investors Founders Fund, Draper Fisher Jurvetson, Valor Equity Partners and Capricorn. Google and Fidelity will collectively own just under 10% of the company.

SpaceX designs, manufactures, and launches the world’s most advanced rockets and spacecraft. This funding will be used to support continued innovation in the areas of space transport, reusability, and satellite manufacturing.

It looks like Christmas came a little late for SpaceX, but better late than never: Google is said to be finalizing its investment of 10 figures in one of Elon Musk‘s many projects. In this case, it’s towards a spacecraft.

SpaceX was founded in 2002 by Musk to advance space technology, with the ultimate goal of colonizing other planets. Currently, SpaceX has a contract with NASA and has 3 vehicles under its belt, the most important and recent is the Falcon 9. So far, Musk has yet to launch a crew with the Falcon 9, but he is trying to make Earth more technologically savvy in the meantime.

Aside from the Falcon 9, SpaceX’s Seattle office has been busily manufacturing a fleet of about 700 satellites to provide global internet service, targeting rural and developing lands. So far, it seems like the most viable option to provide stable internet connection all over the globe, no offense to Mark Zuckerberg’s drone idea. As for how and when these satellites will be going up, Musk has declined to answer, along with any more information about Google’s investment.

This appears to be an ideal investment for Google, because it will provide more potential customers for its service. This also could mean Project Loon‘s airborne-wifi balloons aren’t making the cut for rural internet service. However, the lack of explanation from Musk may mean that the global internet satellite project isn’t quite ready for the public eye yet. Google’s investment may just be the beginning of this project while SpaceX is still busy working with NASA.

Via: Gizmodo
Source: The Information