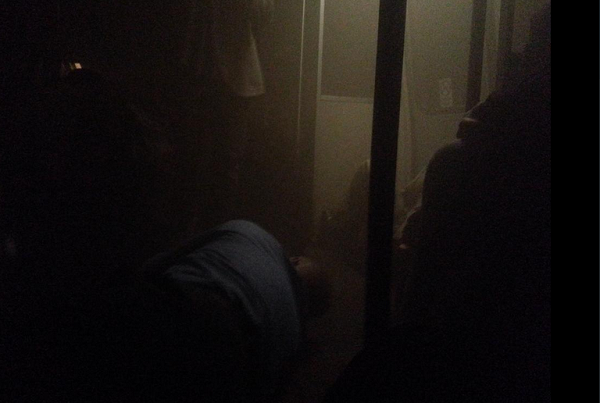 4:15 Update: The National Transportation Safety Board’s preliminary investigation has concluded there was no fire yesterday. A malfunction known as electrical arcing caused the Metro incident at L’Enfant Plaza station. The malfunction caused an abrupt stop of the train in the tunnel, causing the tunnel and station to fill with smoke. NTSB told the Washington Post that “electrical arcing is a malfunction in which current escapes from the third rail that carries power used to move the train cars. Trains have “shoes” that extend from the car, make contact with the third rail and draw electricity.”

A GWU Hospital spokesman told the Washington Post that 34 people suffering inhalation were taken in. Others were taken to Howard University Hospital and MedStar Washington Hospital Center.

During the emergency, Washington, DC firefighters were dispatched immediately, but once they arrived, it was uncertain whether the Metro’s third rail was still electrified. Delays described by passengers are differing than accounts of fire department and WMATA officials.

Metro passengers and the Washington Metro Transit Authority (WMATA) experienced tragedy yesterday at 3:30 pm when a fire produced smoke, filling up Metro cars and the entire L’Enfant Metro station near Smithsonian and the National Mall. 83 passengers were reportedly hospitalized for smoke inhalation and other injuries, and one woman actually died.

Six hours later, WMATA had restored service to all stations, but many commuting passengers displaced by the emergency were forced to wait in long buses in the to get home to Maryland and Virginia for hours that evening.

That was easily the worst metro ride of my life pic.twitter.com/a5EnGeRzMQ

According to Metro spokesman, such explanations cannot be released until the National Transportation Safety Board completes their investigation. This policy is surprising to many considering suicides, track problems, other tragedies in the Metro are experienced and reported on almost immediately, leaving Metro riders in the dark to what safety problems may currently exist.

Video taken from a rider shows passengers choking, coughing, and a train car filled to the brim with smoke while a Metro engineer tells passenger to “Please stay calm….Do not try to open the doors.”

Despite Metro not suggesting a cause, speculation on reasons for the smoke include electrical fire and shutting down the third rail, which could cause smoke to fill a station. Today WMATA has changed its service to add more Blue Line trains both directions, replacing all Yellow Line service. Trains are running every 6 or 8-12 minutes on all Metro Lines. For the full changes, read the WMATA press release below:

All Yellow Line service will be replaced with additional Blue Line trains operating between Huntington and Largo Town Center, via Rosslyn. Trains on this route will depart every 12 minutes. Use Green Line trains for service between Greenbelt and Downtown DC.

Blue Line trains between Franconia-Springfield and Largo Town Center will operate every 12 minutes.

Orange Line trains will run every 8 minutes between Vienna and New Carrollton.

Silver Line trains will run every 12 minutes between Wiehle-Reston East and Largo Town Center, with many trains expanded to 8-cars long to provide additional capacity.

Red Line service is unaffected and will operate on a regular weekday schedule.

Regular Metrobus and Circulator bus service may provide a good alternate travel option for some riders. To check, use the Trip Planner at wmata.com and select the “bus only” option.