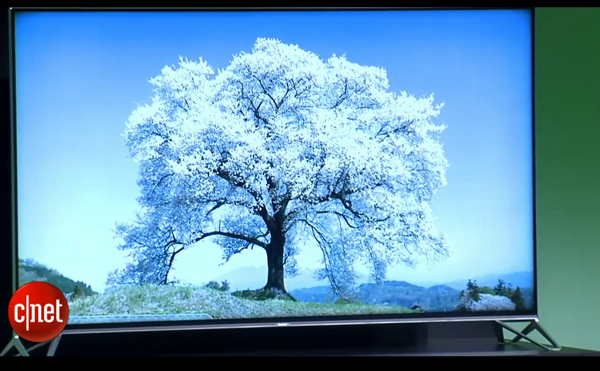 Sharp is attempting to jump ahead of the pack at CES 2015 by debuting a LCD television claimed to be “beyond 4k.” It’s not quite the 8k that implications behind it suggest, but the proprietary “quatron technology” behind it adds a yellow to the standard RGB pixel line-up, increasing resolution by 167% to 6 million subpixels.

Technical jargon and marketing aside, the idea that any television manufacturer is promoting beyond 4k electronics is hilarious. It’s especially silly considering 1080p is barely standard in consumer living rooms currently, and content for 4K (let alone 8k) is nil as is. What do you think of Sharp’s announcement?