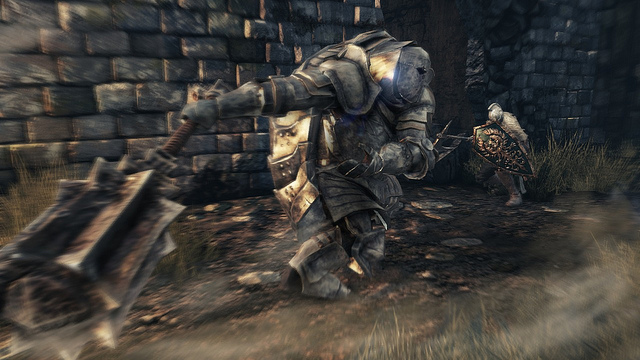 2014 has been a great year for gaming with plenty of exciting new video games released on all platforms, especially the PS4 and Xbox One. From the action-packed first-person shooter to those dark and fantastic universe exploration games, we’ve got it covered in our Top Games of 2014 list below.

During the summer, we all saw the gigantic Destiny release, making it one of the most anticipated of the entire year. The plot is a little underwhelming, but it works well as an MMO, thanks to Bungie. If you’re a Halo fan, then you’ll love Destiny and have a good time fighting various alien races throughout the Solar System.

Lord of the Rings: Shadow of Mordor

We’ve been waiting for a good Lord of the Rings game of the non-Lego variety, and we finally got it. Shadow of Mordor graciously came out for all platforms, even previous models PS3 and Xbox 360. You’ll be delighted by the Nemesis System and the amount of things to do in the open world game. Well-crafted and meticulously designed, Middle Earth is worth exploring if you haven’t already.

It’s the reboot we’ve been waiting for since SoulSilver/HeartGold. The DexNav for catching Pokemon, the gym puzzles, and each town’s unique theme make Alpha Sapphire/Omega Ruby one of the best games of this year. Game Freak has stepped it up since X/Y, which went by too quickly, even if you spent time on Poke Amie. With plenty of battles to fight and routes to explore, Alpha Sapphire/Omega Ruby is worth it, even if it’s for the nostalgia.

Sequel to Octodad, Dadliest Catch has you maneuver Octodad, an octopus disguising himself as a human, in his mundane activities. You’ll manipulate two sets of tentacles used as arms and legs that make it painfully obvious that Octodad’s a cephalopod. It’s a quirky little indie game with plenty of slapstick humor, and it plays much better than the prequel. There’s even a co-op feature that allows up to four players controlling a limb.

As always, the Mario Kart franchise has a rabid fan base, and for good reason. Mario Kart 8 is full of fun alone or with friends, with the beautiful graphics on the WiiU and the amount of detail put into each of the races. But, in all honesty, the best part is the shortcut through Rainbow Road. You might actually win first place this time around, instead of the computer.

Don’t let the idea of your sister beating you with Peach deter you from buying Super Smash. Unlike the Resident Evil: Revelations adaptation onto the 3DS, Smash makes a seamless and playable transition, except for the black character outlines. Whether it’s on-the-go or playing with friends, Super Smash is great fun with new character combinations and exciting unlockables. Not that great with brawlers? With plenty of setting options, even beginning gamers can have a good time.

Three years ago, Supergiant Games released the critically-acclaimed Bastion. This year, they released Transistor, a science fiction RPG about a famous singer who becomes entangled in a conspiracy and must fight off some mysterious robots after the Transistor, a greatsword-like weapon that accidentally falls into her possession. Transistor has beautiful graphics, not to mention a mysterious and interesting plot line for gamers invested in a story.

For those of you who remember Dark Souls, it was an intense and rather difficult game for the PS3 that probably frustrated and excited you. Its sequel gives you better saving and never-before multi-player options, just in case you get stuck this time around. But don’t underestimate the difficulty of Dark Souls II, though; it’s still as difficult if not more than its prequel, but with better graphics and atmosphere. Just make sure to light your bonfires as often as possible.