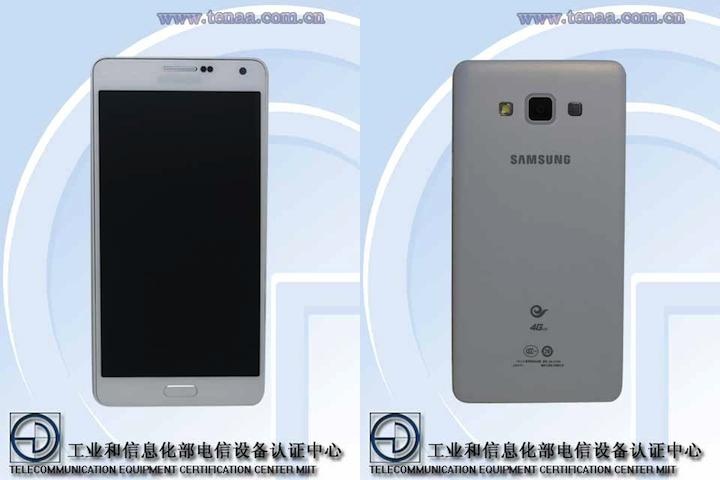 Samsung has been working in the background on its A models for some time now. The A3 and A5 were spotted in the wild earlier this fall, and now a new leak of the A7 has just occurred thanks to a Chinese hardware certification site known at Tenaa. Reports suggest this A7 device is 5.5″ 1080p device that measures an astounding 6.3 mm thin. This is thinner than the current Samsung Galaxy Alpha which is 6.7 mm thick.

In addition to the svelte design, which looks just like the Alpha, baby blue appears to be at least one color option for the backing. The processor is to be an octa-core Snapdragon 615 paired with 2GB of RAM and 16 GB  of internal storage. Android 5.0 Lollipop is a likely candidate for the new device in addition to Samsung’s well-known TouchWiz Android skinning on top of it. The camera is listed to be 13-megapixels and the front-facing camera is 5-megapixels. If the current Alpha says anything, it’s likely the A7’s  back can be taken off so external storage and and removable battery can be accessed. 4G LTE is a given for all Apha devices to come. 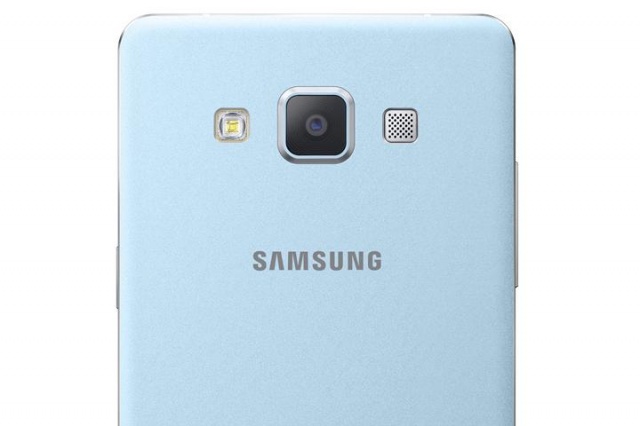 All of the specs listed are said to surpass other leaked models including the A3, A5, and the Alpha. But at the end of the day, we’ll just have to wait and see what Samsung reveals next.