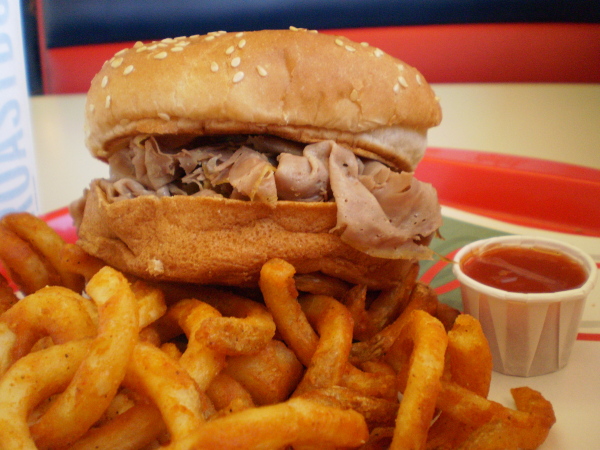 Yesterday Arby’s promoted a unique advertisement on its YouTube channel–yes, we’re talking about the fast food sandwich shop everyone likes to pop shots at, including the Daily Show’s own Jon Stewart. The beloved and often berated roast beef sandwich chain apparently has an agreement with Pepsi to feature it in at least two ads per year. Unfortunately for Pepsico, Arby’s completely forgot the second ad in 2014.

To correct this err, Arby’s went as as straight forward, blunt, and funny as it could with the following ad. “WELL, ARBY’S MESSED UP AND FORGOT ABOUT THE SECOND COMMERCIAL,” yells a narrator to an empty room with a spotlight on nothing but a chilled glass of Pepsi. The giggles are not lost on Reddit, which has voted the advertisement to The Front Page this week.

As for the the harsh criticism Arby’s sees on a daily basis, I wanted to personally address some fun facts and issues I have to the haters.

That’s all for now on this pressing fast food debacle. What’s your favorite fast food guilty pleasure? Discuss in the comments.