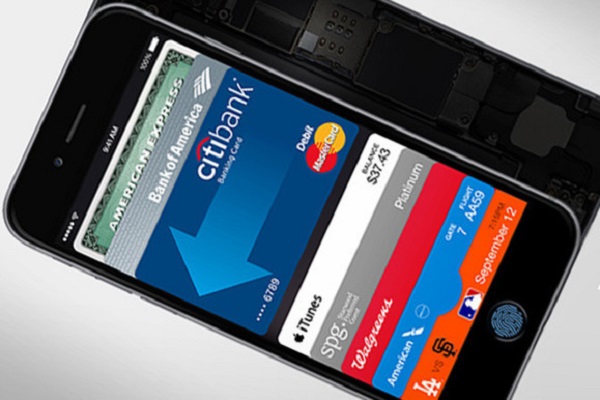 When I told my friends I used Apple Pay for the first time (debut 10/20), my Android friends all said, “Welcome to the party…”  But lets be real, barely any of them are actually using Google Wallet, Softcard, or any other mobile payment system. And we even have the stats to back it up. Here’s some interesting data from 2013. 8% of users report using Google Wallet although 41% claim to know about it. So I find major fault in the claim that “peeps been doing it for years,” because in truth,  they haven’t.

I’d like to let everyone know that I don’t hate Google. I like what they’re doing overall, and it has an allure. The data they collect with their software tools enables them to offer proactive services for the world. Free. You literally can’t say Google does not benefit you in some way. That’s a profound fact.

So they have a big leg up over hardware companies in the long term.  Their products are quite diversified, and they have services that are indispensable to any Internet-based device. Unfortunately for Apple, they’re solely a hardware and software company (no monopoly on search, and Apple Maps was a disaster at first). Thus, they are lacking in certain market dominance, and I’m not sure how/if they will bridge the gap.

But Apple Pay could be a great start. Apple customers love their iPhones and iProducts with a disgusting passion. They get all the best apps first (i.e. Instagram, Secret, and even Snapchat) and have some of the most beautiful hardware and software. And their products are so exciting, new models sell out in the tens of millions (10 million iPhone 6s were sold in the debut weekend). So when Apple Pay comes around after years of ISIS/Softcard and Google Wallet, I’m not surprised to see it potentially cornering the market on mobile payment in hyper-adoption frenzy. And according to polls, Apple has already seen interest. One suggested 20% of Apple users are interested in mobile payment.

Google Wallet isn’t successful because Google’s way to market is sloppy and unrefined. When they nail a product (which they inevitably do after a million revisions of it), it’s great. It’s just that you have to be their crash test dummy the entire time (Remember Google Buzz and Google+?). Yes, Google+ is growing, but you’re still not using it.   Half the time they announce something, the company just waits for it to stick. If it doesn’t, they move on.  And it’s really a shame, because Google is platform agnostic. Despite Google Wallet being available for the iPhone, Apple Pay is going to crush it.

I like Apple’s software, simply because I’ve had a better experience with it. It’s intuitive and it fits right into Apple’s own ecosystem seamlessly. I’m sure others can say the opposite, and that is perfectly fine with me. However, I’m tired of those suggesting Apple is losing a battle because they’re no longer being “first” to an idea.

Keep in mind,  there were companies before Google and Apple who were first and they’re not in the game anymore. *cough* Palm, Sony, and Research in Motion (BlackBerry) to name a few. So at the end of the day, who the hell cares? Tech is more than being first. To me it’s about ubiquity, coherence, and reliability. Others may have different priorities and that’s why they choose Android or other platforms over iOS.

But despite all the yelling, I don’t believe Android users are “power users.” The ones that screaming the loudest drown out the vast percentage of mobile phone owners who barely use their software features. These low-end users could not care less about the obscene amount of cluttered options and customization offered by their smartphones. They’re glorified Facebook machines with a selfie camera. Why would they care about Google Wallet or Google Now? And if they did, why don’t the numbers show otherwise?

This is terrible for the adoption of technology. Tech is for everyone, not just geeks. When the Everyman can adopt, we move forward. With Google, I feel you have a greater array of ignorance among users. This causes a disparity between the appeal of technology and actual adoption of it. Android claims to be ahead (it is in software market share) but the problem is that simply creating the technology does not push it to the forefront. In fact, it does everyone in tech a disservice by simply half-baking this crap.

Google doesn’t care if you like their product. They just wait for the geeks to sell it for them. Or they wait for Apple or some other company to come along and sell the same idea, which they have millions of [ideas].  Google is an information company and not a manufacturer. This is the fundamental difference that determines the success of Apple Pay over Google Wallet.

So do I care that Google wallet was around in 2011? No, because it was half-baked tech versus a holistic product involving all the moving parts of the payment industry. Tech is good if you can convince people to use it.

In the end, I’m happy being last if that means other people besides me (a self-described geek) are going to use it.

What about you, are you using mobile payment? Tell us your experience in the comments below.