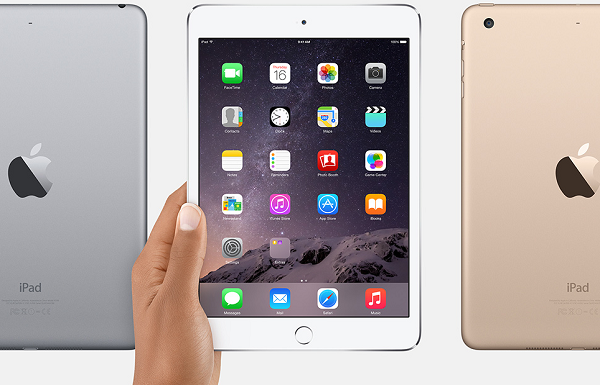 AT&T has announced its prorder sales for the Apple’s brand new iPad Air 2 and the iPad Mini 3 with wifi and data plans. Both models will come with pre- and post-paid data options, including sharing of data via AT&T’s Mobile Share service on its 4G LTE network. The two new tablets were announced this week during Tim Cook’s October Event 2014 keynote in Cupertino. Apple’s new $499-$699 iPad Air 2 is 6.1 mm thin and weighs less than a pound, yet remains 64-bit with a battery life of 10 hours. It also comes with iOS 8 and a brand new chip called the A8x, which remains faster than all previous iterations of iPad. The cellular data models will run for $629, $729, and $829 based on their storage (16 GB, 64 GB, 128 GB).

The updated iPad Mini 3 runs for $529, $629, and $729 with cellular data plans based on various internal storage sizes. All devices begin shipping at the end of this week with preorders starting today. For further details and to preorder the device, visit att.com/ipad or att.com/ipadforbiz