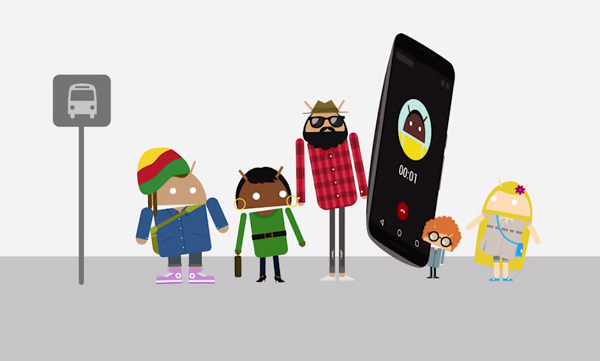 Google has released three new Android advertisements this week with the slogan “Be together. Not the same,” in each. Rumors have it that Google is ramping up for its release of Android L along with a rumored announcement and release of the Nexus 6 smartphone and the Nexus 9 tablet tomorrow.

One of these cartoon ads features a troop of contrasted characters waiting at a bus stop. The smallest one gets a phone call and takes out a giant smartphone before answering. Bloggers speculate this could confirm the rumored 5.92″ Nexus 6 and the definite Android L release, as the software update is shown running on the smartphone in the ad. People have also suggested a smaller 5.2″ Nexus could show up. You can see all three ads below. Let us know what you think. Have you been saving up for the next Nexus phablet?