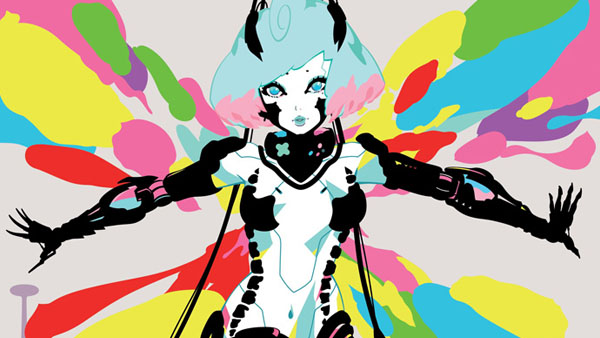 The Tokyo Game Show (TGS) is a convention in which gaming companies from around the world (even companies like EA and Alienware) showcase their upcoming releases for the Japanese market. What is shown at TGS will not always be released in the United States, but we can speculate what will be released by the end of this year, or even sometime in 2015. What we’ll see in the States will definitely be sequels to games with large followings, such as Final Fantasy XV and Resident Evil Revelations, but as for the rest, here are some interesting releases to be expected from the Pacific:

What’s interesting about Silent Hills is the collaboration with Guillermo del Toro (Hellboy, Pacific Rim) and Hideo Kojima (Metal Gear series), not to mention Norman Reedus’s role as a key character in the game. We expect del Toro to give the newest installment of the Silent Hill series a more cinematic feel (and to scare the pants off us!), while Kojima will give the game a different outlook, and perhaps even make it more action-based than the other games. Hopefully Reedus’s work in Silent Hills will have more actors interested in seeing video games as another acting medium. Overall, the trailer, although it doesn’t give us much plot-wise, is pretty scary. And Silent Hills is getting American gamers excited, even if it will only be released for the PlayStation 4.

If you mixed cutesy claymation-style with a dark plotline, you’d probably get something pretty close to Tomorrow Children. The trailer doesn’t give much away, aside from killing monsters and working together to build a community, but the last scene does show that there’s more to this game than it’s showing. According the PlayStation website, the game is based on what would’ve happened if the after-effects of an experiment in ’60s Russia occurred in the future. Ultimately, the human race is destroyed from an attempt to meld all human minds into a “global consciousness.”  The player has to defeat “The Void” and restore the human race from before the deadly experiment. There isn’t much to go on yet, but it looks like a fun and interesting game, with more depth than meets the eye. If it releases in the US, it’ll be a nice change in the market, compared to the abundance of action-driven games currently and to-be released. So far, it looks like Tomorrow Children will only be on the PS4, and its US debut is questionable, at best.

After a seven-year hiatus, Koei has made a sequel to Bladestorm: Hundred Years War, currently called Bladestorm: Nightmare. Like its predecessor, Nightmare will be a strategy game based loosely on the Hundred Years’ War, but this time, there will be fantasy elements (hence the dragon in the trailer). What other differences between Bladestorm and Nightmare are currently unknown (aside from the graphics), but the Hundred Years’ War did last 116 years, which gives Koei plenty of material to pull from. Koei is planning to release Nightmare for the PS4, Xbox One, and PS3 sometime in 2015.

The Ys series will be releasing Ys VIII for the PS4 and PS Vita. For anyone unfamiliar with the series, Ys is similar to Final Fantasy, but could never match Final Fantasy in popularity. However, Ys VIII does have great graphics (the monsters and scenery look amazing!), even if we’re not entirely sure what will be happening in the game itself. Hopefully more will be unveiled soon.

Capcom’s upcoming game Deep Down has stirred up quite a bit of attention. In the game, it’s the year 2094 in New York City, and by touching artifacts from the distant past, the player is transported back in time to fight dragons and find treasure. Beware—Deep Down is a dungeon crawler, albeit a very nice-looking one; but it will be free, with the exception of extra content. So far, its Western release is undetermined, but likely.

From the makers of the Dark Souls series comes Bloodborne, an action RPG about a traveler looking to cure his affliction in the city of Yharnam, a city well-known for its medicine. Upon his arrival, the traveler learns that Yharnum has been cursed, making its citizens violently deranged. The game is a new take on survival horror, has some stunning graphics (take a look at the Gothic architecture in the background!), and does sound like Bloodborne will appeal to fans of the Resident Evil series. Even before its release, Bloodborne has won plenty of awards, including E3’s Editor’s Choice and Game Informer’s E3 2014’s Best in Show. Those of you excited for Bloodborne will unfortunately have to own a PS4 and wait until February 5, 2015 to play it.