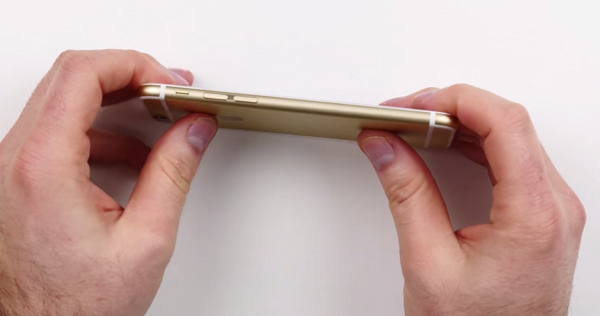 In light of “BendGate” regarding the iPhone 6 Plus, Apple has finally issued a comment to tech blog Recode addressing reports of iPhone 6 owners experiencing bending of the aluminum frame in both models of the new iPhone 6.

Apple: “through our first six days of sale, a total of nine customers have contacted Apple with a bent iPhone 6 Plus.” via @JohnPaczkowski

The point is well taken. Of the astounding record sales of the iPhone 6 since last week (over 10,000,000), if only nine customers have complained of bending issues, the design flaw may not be as rampant as Unbox Therapy’s viral iPhone 6 Plus bending video may suggest.

Nevertheless, Unbox Therapy has released an updated video with more smartphone bending attempts on the iPhone 6, HTC One M8, Nokia Lumia 1020, and the brand new Moto X for comparison. You can watch the results below.

But the question remains, will BendGate persist? Will Apple be forced to address this issue in a more public fashion, reminscent to “Antennagate” in 2010? Time will tell. Have you experienced any issues with your iPhone 6 or iPhone 6 Plus bending? Let us know, but more importantly, let Apple know.