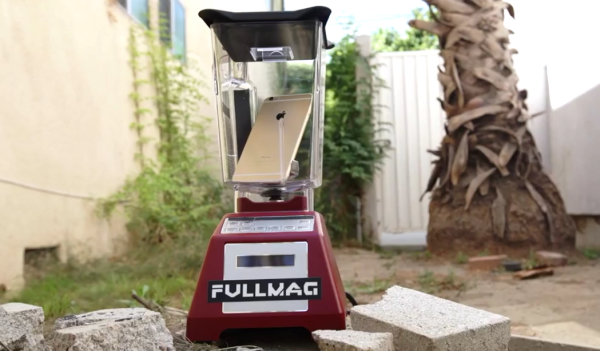 You’ve all seen it. A YouTube blogger capitalizes on the entertainment market for a video destroying the brand new iPhone. And for what? To show “how tough” it is. Case and point: The “Will it Blend,” series is perhaps one of the first sensational innovators of technology destruction as entertainment (if you don’t include “The Office”). Tom Dickson showed off the very first iPhone in 2007, and seconds later he fed it to the blades of a $400 super-blender in a glorious tornado of Michael Bay-worthy metal carnage. “iSmoke. Don’t breathe this,” Dickson chimes. View count? Over 12 million to date. This is why we can’t have nice things.

But what does this tech-carnage fetish say about society? You might think it sounds trite, but hear me out. Throwing money away (almost literally) to destroy technology or personal property is well within one’s rights, but there’s a more disturbing piece of this behavior that should be addressed.

Here’s where my argument punches a little dark. Foxconn is the plant in Shenzhen, China that makes most of our devices, whether you like it or not. Smartphones, laptops, and computers from almost every major manufacturer are built in this factory, and if you have read any tech blog in the last decade,  you are quite familiar.  Foxconn is the same manufacturing plant that had 14 workers successfully commit suicide in 2010. Yes, this implies there were more (17 total attempts that year). 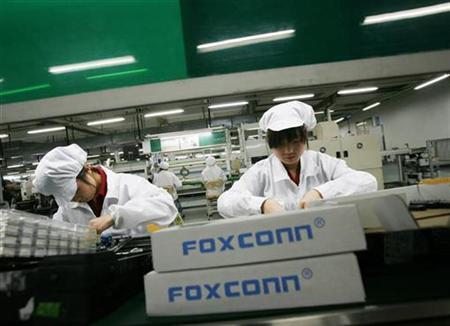 I get it. You want to buy the burger, not meet the cow. But short of not buying everyday consumer technology, there are ways one can respect the labor that goes into the production of these devices. And this isn’t about whether or not you favor Apple, hate Samsung, or despise any other manufacturer’s technology. Addressing the ethics of “iDestruction” is about whether or not you respect the human element of technology in this world.

Paying full price for a device solely to destroy it when the people who built it aren’t even paid enough to purchase the same technology is downright inhumane. And as a Huffington Post blog points out, this cycle of poverty only begins with the Foxconn workers (who live and work at the factory for less than $300 USD a month). After the technology is built in China and shipped to American stores, Apple employees–who are also notoriously underpaid–work long hours shelling out devices out to an impoverished public who spills these devices out onto the black market.

Case and point: Just last week Casey Neistat released a film showing an impoverished Asian population attempting to flip iPhone 6s after queuing up at Apple Stores for the iPhone in NYC. Some in the video below were even arrested for sleeping on the sidewalk by members of the NYPD. Of those who did survive the 2-3 day wait on the sidewalk (and police harassment), many were documented reselling said products to wealthier individuals on the black market for a premium immediately afterward. And then? People destroy the devices on YouTube, reaping back their sunk costs in advertising dollars.

So what’s my suggested solution? Those in the realm of “iDestruction” are not responsible for Apple’s lack of tact in public business practices or use of glorified labor camps to build their products. However, if Blendtec or Rated RR (who tortured several iPhone 6 models in numerous ways) actually gave a portion of proceeds to people who actually needed it they would be doing the world a service (Blentec has reportedly given eBay funds to charity).

Instead of small iPhone giveaways to random subscribers, what if video bloggers gave portions of proceeds to public schools in need of new computers? Or, what if instead of us reveling in the tech-carnage YouTubers provide, WE built a movement to increase the minimum wage? What if WE complained to Apple to and other manufacturers to come back to the United States and stop supporting inhumane labor conditions?