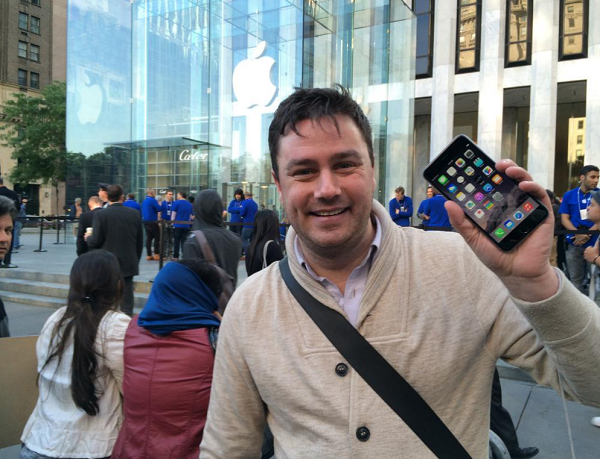 “Oh, happy iPhone 6 Day,” my coworker said this morning. Joking as he was, the way it rolled off the tongue was eerily comfortable. Today is, of course, the day Apple is releasing its iPhone 6 and iPhone 6 Plus to lines of diehard Apple fans, camped out in front of their stores around the world.

Casey Neistat’s team has been documenting it via Snapchat (@caseyneistat and @annalora), some tech blogs have already released notoriously economically insensitive “smash tests” of the phone, and apparently one poor soul immediately dropped his iPhone 6 in the UK this morning. Even a Saudi Arabian family demanded a dowry of an iPhone 6 to give a bride away this week. Ridiculous, but are you really surprised? Didn’t think so.

So as it is “iPhone 6 Day,” below we’ve compiled some of the best documentation of the first world reveling in consumer technology greed. Enjoy.

Wild guess: 95% of the #iPhone6‘s purchased by the first line sitters I saw will be on a plane to China this morning. pic.twitter.com/CpSR6eJemm — John C Abell (@johncabell) September 19, 2014

People already camped out for the #iphone6 in Russellville, AR. Photo by Will Huff. pic.twitter.com/ysT57Fupxa

OMG covent garden! (photo stolen from someone else on Twitter I now can’t find and credit). #iphone6. pic.twitter.com/MtPrLJ46e0