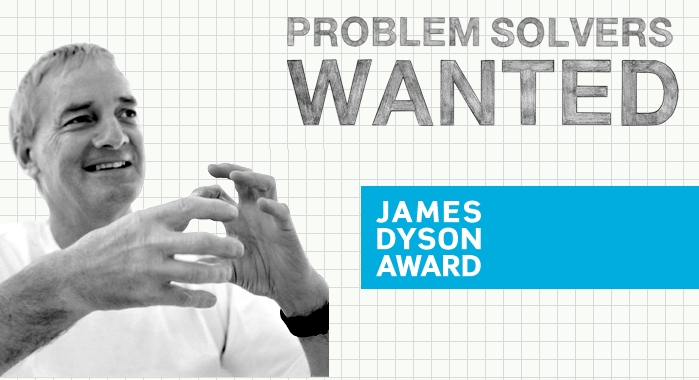 James Dyson, founder of the Dyson vacuum company, and his eponymous foundation have announced final entries for the annual James Dyson Award contest, in which young innovators around the world submit their designs for a better product, with no limitations on category. University students and recent graduates enter their projects, group or individual, for a chance to win $45,000 and $15,000 for their university department.

Entries are submitted from late March to early August, and the national winners and finalists are announced this year on September 18. The shortlist will be revealed in October, and the winner will be chosen on November 6.

The James Dyson Award first began in 2002 to encourage young designers and engineers to create new, innovative products. At first, James Dyson had little success with his designs. It took Dyson four years, the financial support from his wife, and 5,127 prototypes to build the first Dyson, the flamingo pink G-Force (1983), which was only released in Japan. A decade after the G-Force, the DC01 was finally released in Dyson’s native United Kingdom, becoming extremely popular for its lack of a vacuum bag.

After the frustrating, fifteen-year battle to gain commercial success, Dyson understands the issues young innovators may come across and began the award as a way to support their ideas, no matter the innovation. The entries range from the most complex of solutions to the absolute minimal. One entry is an interactive object educating diabetic children about their disease, while another is a juice carton design that allows the consumer to pour till the last drop.

Dyson might see a little bit of himself in each these designs, which is why he holds the competition every year. He sees the struggle to manufacture a great idea that could make millions, but instead is turned away by big companies. The idea might disrupt a different business (in Dyson’s case, the vacuum bag industry), or it’s too big of a risk. But maybe, with a little financial backing, the great idea will be a success.