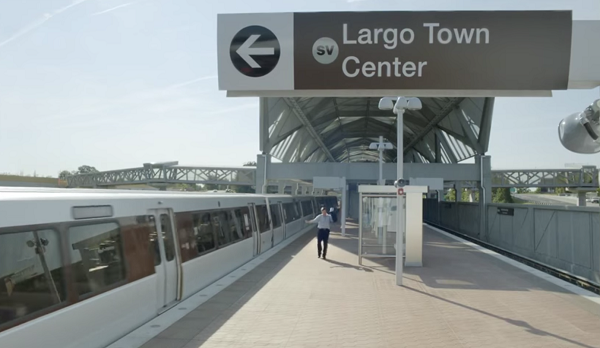 According to the Associated Press, nearly 10,000 commuters have utilized the new stations during Monday’s morning commute with no noted delays.  By 9 am, over 7,500 trips had been taken from Wiehle-Reston East. According to WMATA, 260,000 riders will benefit from shorter trips and wait times with the added stations, especially those traveling on Green and Yellow lines.

Of the presumed daily 710,000 trips to be taken on a weekday, Metro says only 10% of Metro riders will sustain a longer wait due to the increased number of commuters in the system. During rush hour, Silver Line trains will run every six minutes. The rest of the day and weekends, trains will run 12 minutes apart.

However, despite the additional convenience these stations offer Virginia residents, parking could still remain a problem. Wiehle-Reston East is currently the only new station to include parking. According to NBC Washington, commuters could be ticketed and towed for parking in nearby garages, and others have already received tickets for pausing in the bus lane at McLean’s Metro station.

Reston resident Nikki Snyder told Tech Void, “My issue isn’t really with the Silver Line itself. There is no easy way to get to the station for commuters. They closed the Sunset Hills Park & Ride, and there is no commuter parking. Even if you are able to get to the town center, the buses haven’t been running consistently.”

Unfortunately, Metro is not much closer to getting commuters to Dulles either. Phase 2 of the Silver Line project will eventually add a total of 23 miles of track to the Northern Virginia Dulles Corridor, including transit to the Dulles International Airport by 2018.

In the effort to notify the public, WMATA has worked hard to hand out brochures, maps, and information in Metro stations to commuters. In addition, they have released several advertisements and video teasers online. Two videos including WMATA’s entertaining Silver Line ad, and a Ballston ride along, can be seen below.

Will you be riding the Silver Line in the future? Let us know what you think of Metro’s progress below.