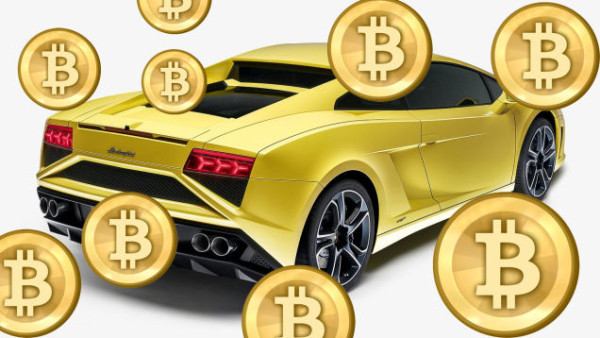 It’s not just for websites like Reddit anymore: Two very different entities, 50 Cent and Dish Network, announced recently that they would begin accepting Bitcoin. While the number of people who are  buying 50 Cent’s new album “Animal Ambition” are probably few (and the number paying using Bitcoin exponentially fewer), there is a reason he decided to make the move.

Bitcoin has been adopted by wide range of companies–some where accepting Bitcoin makes perfect sense, like Etsy, and others where the rationale is a bit more debatable, like food trucks. Early adopters of the currency include WordPress and 4chan.com, who both announced they were accepting the currency in 2012. Now, SpendBitcoins.com shows over 9,000 businesses around the world that accept Bitcoin as payment, including Folino’s Wood Fired Pizza in Vermont, the Sacramento Kings and a few sex toy shops. Oh, and did we mention Lamborghini and Virgin Galactic (soon)?

Do these companies really announce that they accept Bitcoin because they want to support the burgeoning currency and position themselves as leaders in digital? Perhaps. But there is reason to believe that the allure of easy publicity is also a strong motivating force.

Take, for example, Overstock.com, who started accepting the currency in January of this year. They were the first major online retailer to embrace Bitcoin. According to a Slate article, Overstock’s communications director Judd Bagley saw a big spike in social media mentions from the move. He told Slate that the announcement generated twice as much publicity as initially anticipated.

He told Slate, “After we made the announcement, there was a real surge of people on Facebook and Twitter praising Overstock and stating that they intended to support us.”

When it comes to Dish Network and 50 Cent, the proof is in the pudding. Chances are many people would not have even heard that 50 Cent was releasing a new album had it not been for the likes of the L.A. Times and the Wall Street Journal reporting on the development. A quick Google News search yields 3,770 news hits about him accepting Bitcoin—pretty good for a rapper whose best years are arguably behind him.

The fact is, a major business accepting Bitcoin is news and will be news until the novelty wears off. Companies may do well to follow the examples of these pioneers. The number of people who may actually be using Bitcoin at your business may be few, but the publicity payoff is enormous.