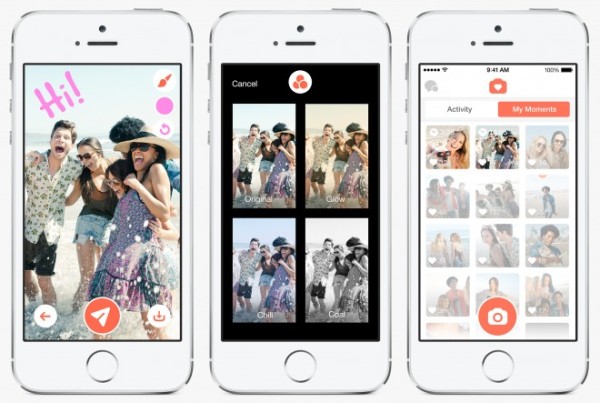 Tinder has been hooking up Facebook friends of friends and complete strangers for several years now. But a new addition may have just changed the game for the infamously savage picture-rating and dating app. On Thursday, CEO of Tinder, Sean Rad, announced a new feature titled Moments that allows Tinder users to send each other self-destructing photos. The addition is an obvious rival to the ever popular Snapchat, which just updated recently with the ability to video chat.

Moments photographs can be written on, drawn on, and expire within 24-hours. It’s much like Snapchat’s own “Story” feature. Photos stack up in a similar timeline, but rather than a time limit viewing, each photo can be swiped to see what’s next in the queue.

Rad told Wired.com that the Moments tool will help users get better acquainted and flirt outside of its messaging features. However, the update is an obvious ploy to ride the wave of Snapchat-esque features being added to every messaging application known to man. Considering Apple’s own announcement at WWDC this week, adding same exact feature to iMessage in iOS8, Tinder’s move is clearly par for the course of any messaging platform interested in staying relevant. And Facebook, who just acquired Whatsapp is likely only “moments” behind, after its recent Messenger update featuring a selfie option. 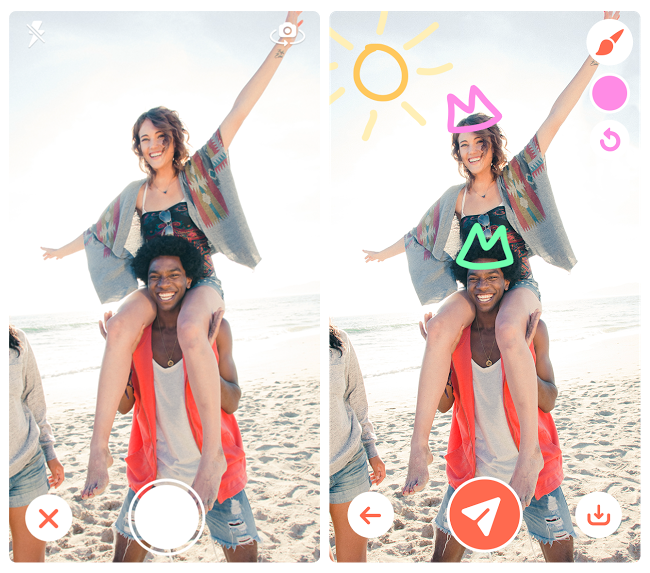 All this said, it will be interesting to see if Tinder’s Moments can pull any users away from Snapchat. Considering Tinder is a gateway to actual dates and phone numbers, and Snapchat allows you to add users from your phonebook (friends and potential significant others), the idea seems far-fetched. The problem for Tinder is that most Snapchat users communicate with friends, not solely potential hookups. And, if anything, Moments could lead to more harassment problems akin to that of Chat Roulette (ahem, uninvited genitalia) for Tinder’s users and founders.

What do you think of the additional feature? Let us know in the comments below.