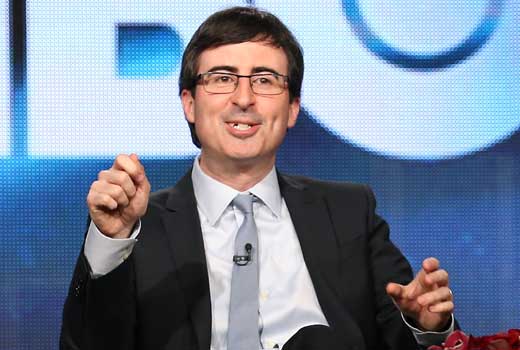 John Oliver, everyone’s favorite funny Brit, inadvertently shut down the FCC’s comment site for a day or so after he delivered a rousing call to arms for Internet trolls on his show, “Last Week Tonight.”

In the segment, John Oliver calls to Internet commenters to focus their inner rage on a productive matter, that of net neutrality. His 13-minute rant for net neutrality and against big ISPs who are threatening it, was broadcast on HBO on Sunday. The video became such an Internet sensation that the commission’s servers went down for about a day.

Oliver did an excellent job of picking up the various issues that have popped up regarding net neutrality and synthesizing the debate while still adding plenty of on-point punchlines. But see for yourself:

Thankfully, the FCC’s comment boards are back up and running, with more than 45,000 comments posted so far. According to Mashable, 22,257 comments were posted between Sunday’s airing and Tuesday, and the FCC has received 301,000 comments via email, which was receiving comments while the online web form was down.

The John Oliver rant, posted on Youtube by Last Week Tonight, has around 1,800,000 views since it was posted Sunday.

We at TechVoid are glad that this key issue is getting exposed to a larger audience. After all, Verizon and Comcast are already charging Netflix for faster speeds. Who knows who could be next?