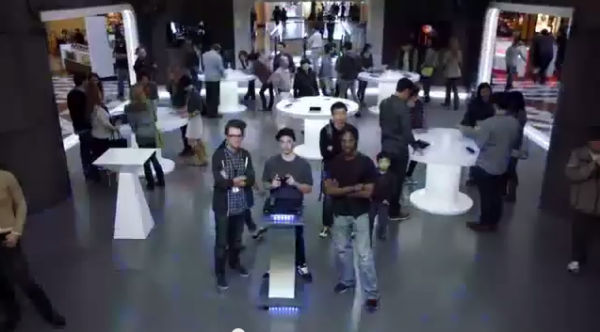 Comcast received some scathing Reddit criticism for trying to appeal to game nerds in a recent commercial. In a commercial for Comcast’s Xfinity wifi, set in an Xfinity booth in a shopping mall, “gamers” complain about how slow their Internet is (the word buffering was thrown around.) A Comcast employee then swoops in and tells them about how awesome Comcast wifi is in comparison. They then try out the new game Trials Fusion using Comcast’s Xfinity. “There’s certainly no lag at all!” a customer exclaims.

Problem is, Trials Fusion, a motorcycle racing game, does not have an online multiplayer mode yet. The just-released version, which they are playing, is a local cooperative game right now without an online function—meaning there would never be a situation where gamers are experiencing lag.

Comcast does it again!