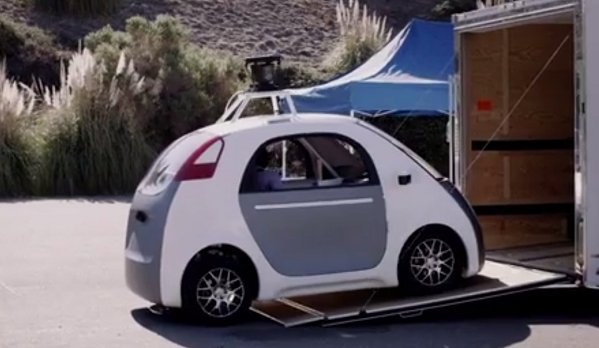 Google has released a new video this week featuring a brand new self-driving car, but something’s amiss. The car, part of Google’s Self-Driving Car Project, lacks all of the human controls drivers have relied on since the late 19th century. Oh, and it looks like a cute and cuddly koala.

In the video, handicapped, elderly, and parents with children take the car of the future for a ride, smiling and laughing all the while. Testimonials are given post-tour, and the feedback suggests an anxious-free ride with superior computer driving skills to humans. The small two-person vehicle looks like a more modern smart car, with two doors, two luxurious seats and cup holders. With nothing to do, it appears to be much more like an amusement ride, but Google is suggesting this could be the Sci-Fi future we’ve all dreamed up with a goal of reducing the 33,000 fatalities caused by human error on the roadways per annual.

What’s your take? Would you enjoy or trust a computer to drive for you? Autonomy is great, but what happens when another driver lands you in a ditch? Personally, I’d like to keep a steering wheel and throttle for emergencies.