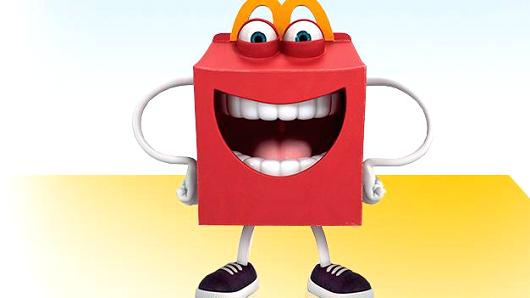 As McDonalds and Nature’s Valley have shown recently, Twitter can make or break your brand. This post will be a tale of two Twitter accounts: One that faced a challenge and rose above it, and another that faced the wrath of a particularly aggressive Twittersphere.

Yesterday, McDonalds launched a new Happy Meal Brand Ambassador—who also happens to be absolutely terrifying. The brand ambassador is “Happy,” a red box with a cavernous mouth so wide it seems to beckon small children to crawl inside. According to a release, “Happy will be introduced nationwide May 23, and will encourage kids to enjoy fruits, vegetables, low-fat dairy and wholesome beverages such as water or juice.”

The Twitter response, as anticipated, was quick and vicious.

Does anyone else think the new #McDonaldsHappyMeal mascot is creepy as hell? Because seriously: THAT is some creepy stuff. *shivers*

McDonald’s has a new mascot & customers are not lovin’ it. Who is the scariest mascot? http://t.co/pJvkYULmKq pic.twitter.com/v59X6eOhtR

In more positive news, Nature Valley, maker of those extra-crunchy granola bars, has surprised the world by embracing anime fans. According to Buzzfeed, the anime association was sparked when a tween mentioned Nature Valley in an angsty tweet. Jess Wangsness, a social media manager for the company, then tweeted back in a supportive way:

Going to buy some @NatureValley Granola bars before I go to school to discuss anime with my friends who don't exist.

@SuperRoyalLand @galacticpixie @Elkasaurus We've met lots of #anime friends who do exist right here in the Twitter-sphere. Befriend them!

This seemingly unlikely friendship has blossomed into full-blown fandom, with anime lovers inserting granolas into anime as a sort of DIY fan art. Here are some examples:

According to Wangsness, General Mills knows and is fine with it, although she did have to explain to her colleagues what anime was. She told Buzzfeed that her husband is a big anime fan.

Let this be a lesson to social media managers the world over—embrace your fans! No matter who they may be.