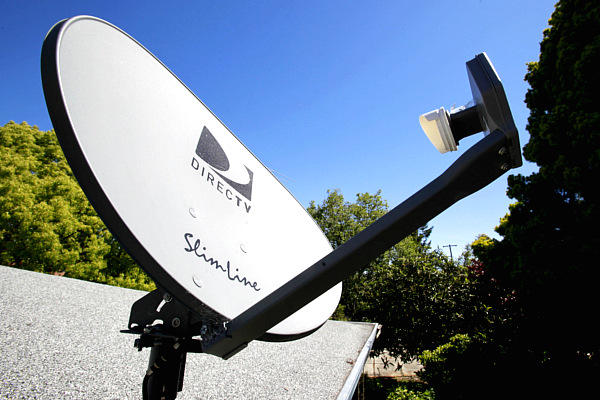 Breaking news this Sunday. AT&T has officially announced its intention to purchase DirecTV for $48.5 Billion. The deal will pay DirecTV shareholders at $95/share ($28.50 per DirecTV share  in cash and $66.50 worth of AT&T stock). The move strikes a familiar tone of communications companies gobbling up eachother, all in a grand attempt to control its customers data and media content intake. Could they be the next Time Warner? Considering Comcast just purchased Time Warner for $45 Billion, the answer is pretty clear. Take a look back Big Red (Verizon), because AT&T is still here.

Since rumors of the deal last April, DirecTV’s stock has raised up over 10%. Considering further repercussion, with Net Neutrality  continuing to teeter on the hill, this move could solidify a future monopoly and pyramid of premium costs on television and film content for AT&T and DirecTV customers. Should the deal be approved by the FCC, it will likely close in a year.

Let us know what you think of the news. The full release information can be found below:

DALLAS, TEXAS and EL SEGUNDO, CALIF. – May 18, 2014 — AT&T (NYSE:T) and DIRECTV (NASDAQ:DTV) today announced that they have entered into a definitive agreement under which AT&T will acquire DIRECTV in a stock-and-cash transaction for $95 per share based on AT&T’s Friday closing price. The agreement has been approved unanimously by the Boards of Directors of both companies.

The transaction combines complementary strengths to create a unique new competitor with unprecedented capabilities in mobility, video and broadband services.

DIRECTV is the premier pay TV provider in the United States and Latin America, with a high-quality customer base, the best selection of programming, the best technology for delivering and viewing high- quality video on any device and the best customer satisfaction among major U.S. cable and satellite TV providers. AT&T has a best-in-class nationwide mobile network and a high-speed broadband network that will cover 70 million customer locations with the broadband expansion enabled by this transaction.

The combined company will be a content distribution leader across mobile, video and broadband platforms. This distribution scale will position the company to better meet consumers’ future viewing and programming preferences, whether traditional pay TV, on-demand video services like Netflix or Hulu streamed over a broadband connection (mobile or fixed) or a combination of viewing preferences on any screen.

The transaction enables the combined company to offer consumers bundles that include video, high- speed broadband and mobile services using all of its sales channels — AT&T’s 2,300 retail stores and thousands of authorized dealers and agents of both companies nationwide.

“This is a unique opportunity that will redefine the video entertainment industry and create a company able to offer new bundles and deliver content to consumers across multiple screens – mobile devices, TVs, laptops, cars and even airplanes. At the same time, it creates immediate and long-term value for our shareholders,” said Randall Stephenson, AT&T Chairman and CEO. “DIRECTV is the best option for us because they have the premier brand in pay TV, the best content relationships, and a fast- growing Latin American business. DIRECTV is a great fit with AT&T and together we’ll be able to enhance innovation and provide customers new competitive choices for what they want in mobile, video and broadband services. We look forward to welcoming DIRECTV’s talented people to the AT&T family.”

“This compelling and complementary combination will bring significant benefits to all consumers, shareholders and DIRECTV employees,” said Mike White, president and CEO of DIRECTV. “U.S. consumers will have access to a more competitive bundle; shareholders will benefit from the enhanced value of the combined company; and employees will have the advantage of being part of a stronger, more competitive company, well positioned to meet the evolving video and broadband needs of the 21st century marketplace.”

DIRECTV has premier content, particularly live sports programming. It has the exclusive pay TV rights to NFL SUNDAY TICKET that provides every out-of-market game, every Sunday afternoon, on TV, laptops and mobile devices. The new AT&T will be better positioned to develop unique content offerings for consumers through, among other initiatives, AT&T’s joint venture with The Chernin Group. Today, DIRECTV’s content ownership includes ROOT SPORTS Networks and minority stakes in the Game Show Network, MLB Network, NHL Network and the Sundance Channel.

DIRECTV will continue to be headquartered in El Segundo, California, after the deal closes.

Customer Benefits and Commitments, Upon Closing

Together, the companies will be a stronger competitive alternative to cable for consumers wanting a better bundle of top-quality broadband, video and mobile services, as well as a better customer experience and enhanced innovation. Consumers will also benefit from the combined companies’ additional scale in video content distribution across its mobile, video and broadband networks. The combined company will continue to provide the world-class service and best video and entertainment experience for which DIRECTV is known.