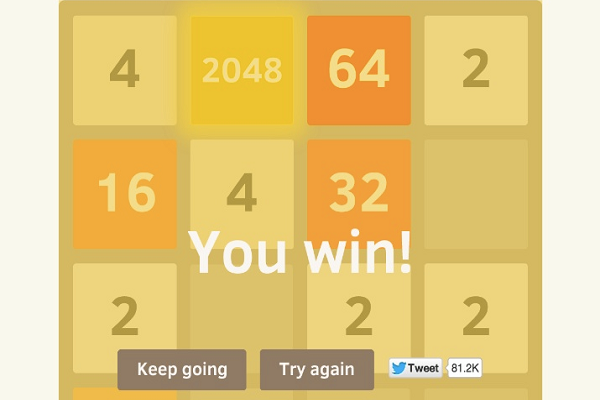 Hello, my name is Madeline and I’m an addict. It all started innocently enough. I heard about the new game from a friend. I just wanted something to do during my morning commute. But all that swiping, up, down, left and right to pass the time soon became something more.

I do it everywhere. On the metro during my commute. At work in a hidden browser. When I’m walking down the street. And finally, in bed, where I play until I pass out.

It’s become so bad that I’ve even started to dream about those tiles. In the shower, I’ll come up with new strategies to try out, or go over my last game to figure out just where it all went wrong.

And I’m not the only one. Any time I look at someone’s computer or smartphone screen, I see the tiled board of 2048. I see the frustrated faces of someone who swiped up when they should’ve swiped down. One of my friends said she missed her Metro stop playing this week. Forget Candy Crush. 2048 is the only game anyone seems to be playing.

For you lucky souls who don’t yet know, 2048 is a simple game developed by 19-year-old Italian developer Gabriele Cirulli in his spare time.

But the game is hardly original. Though Cirulli cites the game 1024 as his inspiration, the original number puzzle game was Threes. That game, created by developer shop Silvo, was released in February, three weeks before 1024 came out and more than a month before 2048, according to VentureBeat.

What the game loses in a lack of originality it more than makes up for in instantaneous addiction. The reason? It’s insanely simple (Remember Flappy Bird?). All you do in 2048 is combine tiles of the same number, which then create a new tile equal to their sum (combining two tiles with a 4 creates an 8 tile). It’s a bit reminiscent of factoring in grad school. You can slide the entire 4×4 game board left, right, up, or down to make these combinations. The ultimate goal is to create the 2048 tile, thus the name. 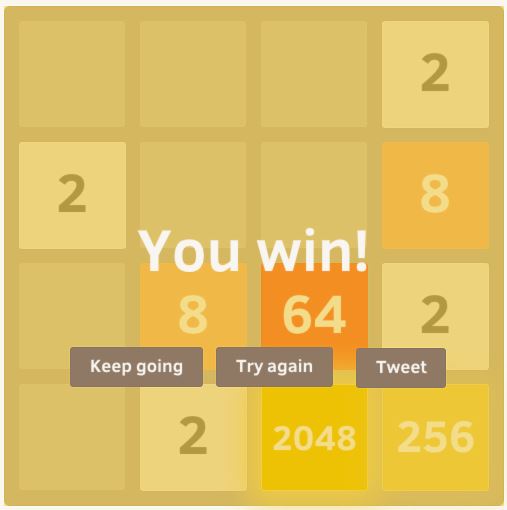 Did I mention that it’s damn near impossible? It sounds simple enough. But once you start playing, you realize that getting to higher values takes some strategy and finesse. You have to recognize that moving the tiles up might prevent a combination three moves from now. And the higher the tiles get, the more tiles you have to deal with.

So How Do You Beat It?

Everyone seems to have their own strategy as to how to get to 2048. Here are just a few:

Beat the Original? Try These:

And for all of you people who’ve already bested the game, check out these slightly more hilarious versions: 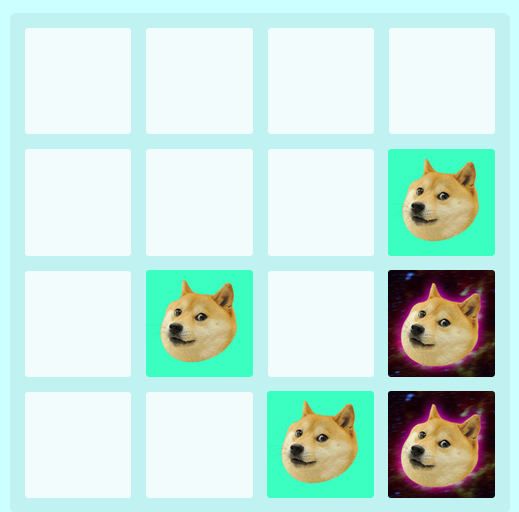 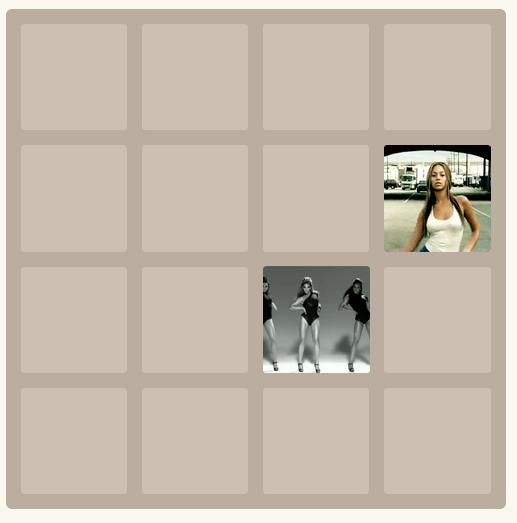 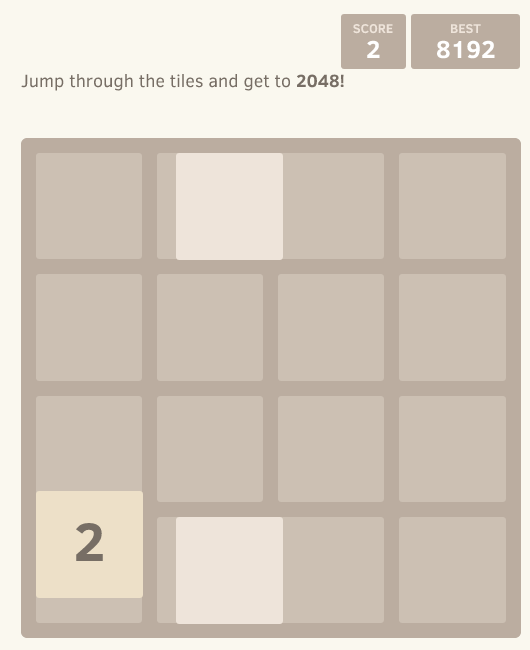 We take no responsibility for your loss of time now that you’ve been introduced to 2048. Personally, I think the creators are pure evil. Sure, we all feel smarter for the ability to factor to 2048, but now we can’t walk a block without running into something. This is Darwinism at best.