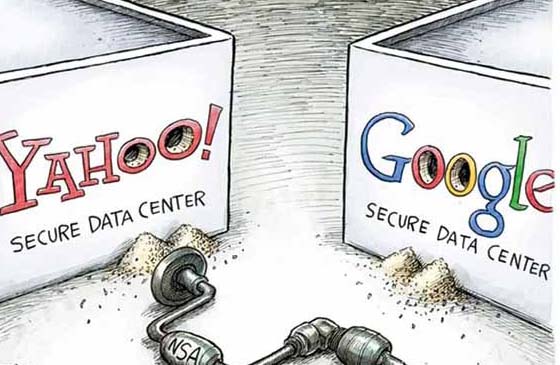 According to emails obtained by Al Jazeera, the relationship between the NSA and Google was far cozier than previously known.

The 2012 emails between then-NSA Director Gen. Keith Alexander and Google executives Sergey Brin and Eric Schmidt show that Google was working closely with the NSA, and was on very friendly terms with the government administration.

The emails, obtained through the Freedom of Information Act, do not reveal anything outrageous. However, they show a relatively friendly relationship between the two parties that could be a red flag to some. Ever since Edward Snowden leaked über top-secret documents last year revealing the extent the NSA is watching us, tech companies have been walking on eggshells and have tried hard to convince the public that they are against unnecessary surveillance.

Schmidt writes: ““General Keith.. so great to see you.. ! I’m unlikely to be in California that week so I’m sorry I can’t attend (will be on the east coast). Would love to see you another time. Thank you !”

You can see the emails in the documents below.