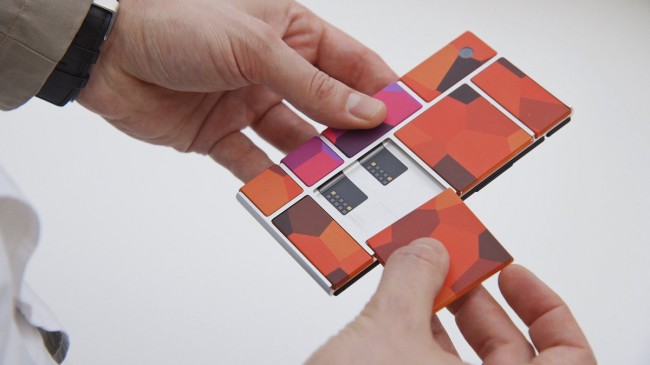 When it comes to phone customization, users these days don’t have much power. Take the iPhone, for example. Apple’s engineers made it impossible for the average user to crack open the iPhone to replace its battery, forcing consumers to go to the store to get it fixed. (Thanks a lot, guys.)

Google’s incoming phone plans to turn that rigid image of smartphones on its head with Project Ara. The phone, expected to launch in early 2015, will allow the user to FULLY customize his or her phone, using building block pieces that come together in the phone’s frame. That way, people will be able to swap out elements such as the camera and the battery for new products easily.

The project is open-source, so users themselves can customize pieces using a 3D printer. According to Google, because of the phone’s swappable nature, these phones could last 5 to 6 years—a HUGE improvement from the 2 year upgrade consumers are accustomed to these days.

For a company that is more associated with software, search and intangible products, this is a awe-inspiring first step into the world of hardware.

For more, check out Verge’s video.